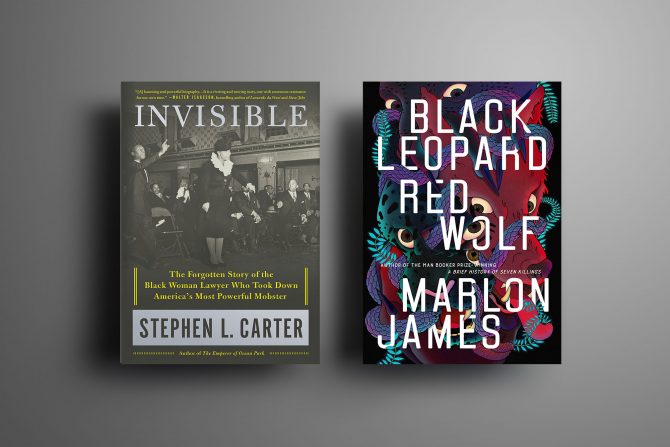 Black History Month means much more than celebrating the overcoming of adversity. It is much more than commending the change-makers and the activists. These are certainly important, but it’s also about embracing the everyday joy, passion, and culture of African American heritage.

There are many ways to participate in Black History Month (year-round, not just in February).

You can find many a blog that touts the African American classics, such as Richard Wright’s Black Boy or Zora Neale Hurston’s Their Eyes Were Watching God. These are important reads, especially as they often highlight major events in black history and give you a glimpse into the achievements and struggles of famous African Americans. It’s likely you are familiar with these classics, so I’m going to focus on titles that may not be as widely known.

One of my recommendations below, Black Leopard, Red Wolf, is a riveting Afrofuturistic read. “Afrofuturism” is a term that was coined in the 1970s and regained popularity after last year’s film Black Panther. It’s science fiction that incorporates elements of black history and culture, such as the works of Octavia Butler. I highly recommend Butler’s Patternist series. Tananarive Due’s African Immortals books are absorbing reads. A more recent pick with excellent audio narration (and I’m picky about my audio) is An Unkindness of Ghosts, by Rivers Solomon.

Invisible:The Forgotten Story of the Black Woman Lawyer Who Took Down America’s Most Powerful Mobster, by Stephen L. Carter. She was black and a woman and a prosecutor, a graduate of Smith College and the granddaughter of slaves, as dazzlingly unlikely a combination as one could imagine in New York of the 1930s—and without the strategy she devised, Lucky Luciano, the most powerful Mafia boss in history, may never have been convicted. Moving, haunting and as fast-paced as a novel, Invisible tells the true story of Eunice Carter, who often found her path blocked by the social and political expectations of her time, but who never accepted defeat.

Black Leopard, Red Wolf, by Marlon James. In the first novel in James’ Dark Star trilogy, touted as an “African Game of Thrones,” myth and history come together in this tale of a mercenary hired to find a missing child. Man Booker Prize-winning author James throws fantasy and action together in a world that weaves in elements of Sudan, Ethiopia, Nigeria, and other African countries.

Heavy: An American Memoir, by Kiese Laymon. Winner of the 2019 Andrew Carnegie Medal for Excellence in Nonfiction, Laymon examines the physical manifestations of violence, grief, trauma, and abuse on his body. Through storytelling, self-exploration and honest conversation with family and friends, Laymon unpacks the sources of these manifestations, from the mother-child relationship to a society that has undervalued and abused black bodies for centuries.

An Orchestra of Minorities, by Chigozie Obioma. Man Booker finalist Obioma delivers a heart-wrenching retelling of Homer’s Odyssey in the mythic style of the Igbo literary tradition. Set in Nigeria, Chinonso is a young poultry farmer who falls in love with wealthy Ndali, a woman he stops from jumping off a bridge. Spanning continents, this epic tale of destiny and determination follows the journey of one man who sacrifices everything to win the woman he loves.

Finally, though this novel isn’t written by an African American author, I recommend Daughter of A Daughter of A Queen by Sarah Bird, which delves into the compelling hidden story of Cathy/Cathay Williams, the first woman to serve in the United States Army. Cathy was born and lived a slave until 1864 when the Union army destroyed the only world she’d known and separated her from her family. She makes the impossible decision to fight with the Buffalo Soldiers disguised as a man. You can experience a live retelling of Cathy Williams’ story at library events this month.