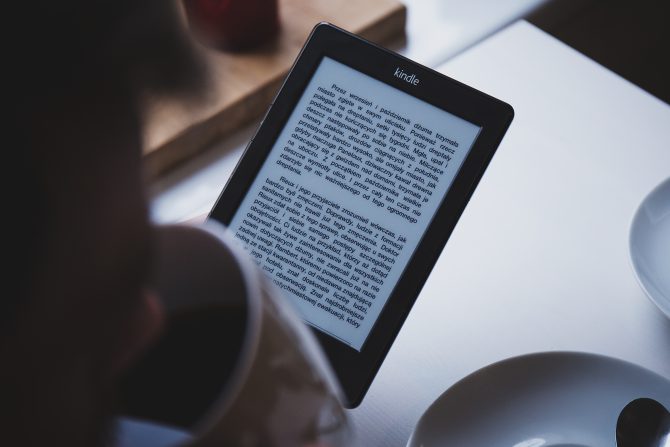 In my last column, I wrote about how a library card gives you access to eBooks and eAudio regardless of where you are in the world or what time of day or night you are looking for something new to read. EBooks and eAudio are just the tips of the iceberg of the library resources you can access at all hours of the day, from all over the world.

Through RBDigital Magazines, the library offers eMagazines that you can check out, download, and keep forever. You can access the magazines through a mobile app available for Apple iOS, Android, or Amazon Kindle or on your computer. RBDigital is a great resource while traveling since no data or wifi connection is required to read downloaded magazines. So before you head out the door, browse the titles of magazines and then check out and download the ones you want to read. However, don’t make the mistake that I made and forget to download the magazines, as they do not automatically download when checked out, which I only remembered at the beginning of a five-hour flight with no wifi.

The selection of magazines you can download with your library card runs from popular to general interest titles to hobbyist titles. If you need travel inspiration, check out Conde Nast Traveler and National Geographic Traveler. If you love nature and spend your vacations exploring the outside world, you can find ideas from Backpacker, Bicycling, Boating, Bird Watching, Outside, and Scuba Diving. Finally, what vacation would be complete without photos of your grand adventure?  For inspiration, tips, and tricks for your travel photos, check out Digital Photo Pro and Outdoor Photographer.

If you’re like me and want to unwind when traveling, RBDigital has magazines for that as well. Some of my favorite magazines to read on vacation include The Family Handyman (even though I am the least handy person I know; I figure a girl can still dream up ideas), Vogue, Bon Appetit, and Cook’s Illustrated. Warning! When reading these cooking titles, you do not want to be stuck in a place with no access to delicious food; they will make you hungry.

Another great free resource available anytime and anywhere you have a wifi connection is the streaming video service Kanopy. If you’re familiar with the look of commercial streaming services, Kanopy will be familiar and easy to use. On the main page, there are rotating carousels of newly added titles, highlighted collections, and genres. Also, like commercial streaming services, Kanopy’s list of films changes with some titles no longer being available to watch and new titles added regularly.

Just recently, Kanopy added 100 classic films from Paramount, including Sunset Boulevard and the modern classic Bill and Ted’s Excellent Adventure. Other classic films you can find at the moment include titles from The Criterion Collection - silent classics, such as Modern Times, starring Charlie Chaplin, and the German Expressionist masterpiece, The Cabinet of Dr. Caligari, and films starring classic actors such as Cary Grant.

If classic cinema isn’t what you’re looking for, Kanopy also has many films from the past decade, including award nominees, which Kanopy presents in curated lists during award season.

If you’re a fan of foreign films or have never explored the world of foreign films, Kanopy has an excellent list of titles, including classics from directors such as Federico Fellini, Akira Kurosawa, and Francois Truffaut - and modern foreign films, such as Sweden’s The Girl With the Dragon Tattoo trilogy.

To access Kanopy, you set up an account using your library card and then log in with the username and password you created during the initial account setup. Your account gives you access to watch up to ten films per month, with three days to finish or rewatch a film once started. The ten credits to watch films reset on the first of each month. You can access Kanopy from nearly any device, including those using iOS, Android, Apple TV, Roku, and Chromecast.

RBDigital and Kanopy are only a couple of the many resources the library offers when you can not get to a library branch. So, whether you’re traveling or you’re at home looking for a movie to watch on a Friday night, don’t forget about the library!

This article originally appeared in The Free Lance-Star.