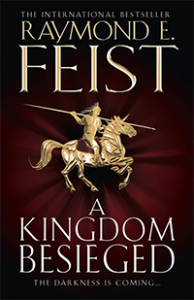 Midkemia's most powerful sorcerer Pug faces a major magical cataclysm that forces him to question everything he's ever held as true and dear ... including the loyalty of his beloved son Magnus.

If you want another epic fantasy involving sorcery and warfare, check these out.