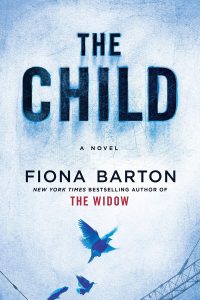 As an old house is demolished in a gentrifying section of London, a workman discovers a tiny skeleton, buried for years. For journalist Kate Waters, it's a story that deserves attention. She cobbles together a piece for her newspaper, but at a loss for answers, she can only pose a question: Who is the Building Site Baby? As Kate investigates, she unearths connections to a crime that rocked the city decades earlier. But there is more to the story, and Kate is drawn - house by house - into the pasts of the people who once lived in this neighborhood that has given up its greatest mystery.

If you enjoy psychological thrillers involving cold cases, check these suggestions out.

Nicolette "Nic" Farrell's best friend Corinne disappears without a trace. She, her brother, her ex-boyfriend, and Corinne's boyfriend at the time were all suspects until Annaleise, their alibi, confirms for their whereabouts. Ten years later, Nic returns to the town of Cooley Ridge to care for her dying father. Within days, Annaleise disappears as well. Nic works on unraveling the truth, and in the process, reveals shocking facts about her friends, family, and what really happened to Corinne ten years earlier.

In 2001, young Dina is killed in a freak car accident - her mother dies not long after, under mysterious circumstances. Dina's father Jonas is convicted of the murder and sent to prison. Now it's 2016, and Detective Henrik Holme takes over the cold case, convinced that Jonas has been wrongly convicted.

Anna Johnson's parents committed suicide two years earlier. She's still coming to terms with her parents' sudden death, trying to comprehend why they would end their lives. Now with a young baby, Anna is determined to find out what happened and as she digs up the past someone is trying to stop her.

1983: After a teen party in the woods, the youngest of the group disappears. Thirty years later, her remains are found and Detective Sheens is determined to finally get the truth of what happened that night.

Karen awakes in the hospital after a car accident - but the accident is not what it seems. A murdered man is found near the scene of the accident, and she IDs him as the abusive husband she fled years before.

View more suggestions for The Child.