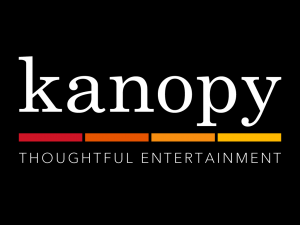 These aren’t Claymation perennials or Hallmark heartwarmers, but each film below has something unique to add to the holidays. From the true story of a wartime Christmas remembered decades later to celebrations in song to modern stories of hope restored, we hope you find something here to bring you Christmas cheer.

Please note: On Kanopy, you receive 10 play credits a month to use. As soon as you click “play” on a movie, a play credit is deducted. Once a movie is played, you have 72 hours to watch it, using 1 play credit.  Kanopy includes some mature content that is best suited for our adult customers.

The American St. Nick: The True Story of American GIs

The occupying Germans had been forced out of Wiltz, Luxembourg by advancing American troops. It had been almost five years since the townspeople of Wiltz had been able to celebrate their annual tradition of Saint Nicolas Day. The Nazi's had outlawed the annual Christmas-related celebration when they occupied Luxembourg in 1940. Even though American GIs had liberated them in late 1944, the citizens and especially the children of Wiltz, a town in the hills bordering the dark and foreboding Ardennes forest, had no resources left in which to mark their very special holiday. That's when a group of soldiers of the battle-weary 28th Infantry Division got together and brought back hope and joy back to a small town that hadn't had anything to smile about in almost five years. (2014, 56 minutes)

For a fifth consecutive December, a heartbroken Noel returns to New York City to work the night shift at a sidewalk Christmas tree lot. Devoid of any holiday spirit, he struggles to stay awake during the long, chilly nights in his trailer, while the daytime traffic keeps him from getting any real rest. As he slowly spirals into despair, he comes to the aid of a mysterious young woman in the park. Her warming presence, matched with some colorful customers, help rescue him from self-destruction. (2015, 79 minutes)

Episode 16 of The Great Works of Sacred Music. Conclude the series with a look at the rich tradition of Christmas music. Explore music designed for yuletide religious services, as well as musical works that became associated with Christmas. Learn how 19th-century composers created a beloved legacy of Christmas carols by resurrecting older ones, writing new ones, and making hybrids of old texts and new music. (2015, 45 minutes)

Join renowned actor Simon Callow as he uncovers the moving origins of the song Silent Night that has been two hundred years in the making. A story that begins in humble circumstances ends with the world's most popular carol. Simon journeys to the Austrian village of Oberndorf as well as the city of Salzburg, where the story of the world's favorite carol had its origins. (2015, 55 minutes)

The Gift of the Magi

One dollar and eighty-seven cents. And the next day would be Christmas. And so we begin O. Henry's best known and timeless story, which stands as a shining example of O. Henry's writing at its best. For in it we have the simplicity of concept, the irony of circumstance, and the charming surprise at the end... which we won't reveal here. It's a wonderful romantic tale of a young married couple who have little money to buy each other Christmas presents. And so she cuts off and sells her beautiful hair... (2001, 20 minutes)

With the approach of Christmas causing him to feel lonely in life and love, Robert Malone (Oscar-winner Martin Landau - Ed Wood), braves the wintery snow to arrive home from his job at the grocery store only to find a stranger standing in his home. What begins as an odd and awkward encounter quickly blossoms into what appears to be a romantic late life love affair that takes us on a heartfelt and wonderful journey which takes an unexpected turn. Official Selection at the Toronto International Film Festival. (2010, 93 minutes)

A Not So Silent Night

The Nutcracker and the Mouse King

Going to see Nutcracker with the whole family has been a tradition in other countries for many years. Now it is a tradition in the Netherlands as well. It became apparent that the Netherlands had also adopted this tradition in 1996, when the Dutch National Ballet presented its own version of the famous fairytale ballet. It is a magical production that has won the hearts of more than 250,000 people to date. Choreographers Toer van Schayk and Wayne Eagling created a Nutcracker for the children and adults of today. It is more dynamic and exciting, and less sweet than usual. They also chose to give a Dutch twist to their interpretation of the story, with skaters on the canals and a living room that transforms into a snowy forest. Unlike the original story, the production by Eagling and Van Schayk (who also designed the delightful sets and costumes) does not take place on Christmas Eve in a German town, but during St. Nicholas celebrations in Amsterdam, around 1810. (2011, 108 minutes)

Everybody knows the story of Santa Claus, the red-suited figure who lives at the North Pole and distributes gifts to good children every Christmas Eve. But is there any historical evidence on which this jolly old character is based? Was there a real Santa Claus? To answer that question, host Mark Wilson, a distinguished historian and archeologist, travels not to the North Pole but to modern-day Turkey and Italy. There he uncovers clues that lead to the truth about the man behind the legend. (2015, 55 minutes)