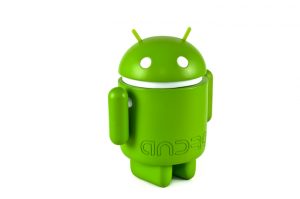 Last updated 9/18/13. Tech Answers is back! Didja miss me? This time I've got something special for you. Now, I've sampled a veritable cavalcade of different smartphones over the years, from the Treo, to the Blackberry, to the iPhone, and, most lately, the Android. There I landed, and—for the foreseeable future—there I stay. The Treo is long dead (bye-bye!), Blackberry is a dead man walking (so sad), the iPhone's one-time supremacy in the smartphone market is faded (but not gone!), and Windows Phone? Please (no). Android is flourishing when other smartphone platforms are stagnating for one simple reason: it is free and open source. Developers and individuals can do whatever they please with it. You can go to the Android project's site and download the source code for the world's most powerful mobile OS right now for no charge. It is that openness and its benefits that I'm going to ramble about in this post.

Before I get started, a warning: everything in this post is recommended reading only for curiosity’s sake. I am only an Android hobbyist, just shy of a novice. Everything I’ve accomplished in my experiments with “hacking” Android are exactly that: experiments. I’ve made plenty of mistakes along the way, and if I did not have a long history of making mistakes while experimenting with technology, I would not have had the experience necessary to fix screw-ups that would otherwise have crippled my Android devices. I owe the lion’s share of my success to the hard work of a vast community of volunteer programmers the world-over with special thanks to the XDA Developers Forums, Android Forums, Android Central, and Cyanogenmod. In truth, I have no idea what I’m doing. I’m just following the directions of others, crossing my fingers, and gritting my teeth. Follow my example only if you have an Android device to sacrifice to potential failure!

Though Android is open source, every device the OEMs release is locked-down so that their users can’t access and change low-level system settings and apps. For the lay user that’s a really good thing. Unrestricted access to the OS in the hands of someone who doesn’t know what he's doing can result in severely damaging or completely disabling a device. Those of us with more experience, an adventurous spirit, a device to practice on, and a blatant disregard for warranties will require that system-level, or what’s referred to as “root” access. The process for gaining said access is known as “rooting” a device and is very complicated. I don’t recommend you try this, particularly if you’re in the middle of a contract. You WILL void your device’s warranty, and your carrier WILL laugh at you if you bring them your broken device. The process for rooting varies from device-to-device as well as carrier-to-carrier. A device on AT&T is usually a good bit different from the same device on Verizon or Sprint.  I did not attempt this until I had a spare phone to practice on (that’s not actually true, but do as I say, not as I do), so if you’ve only got the one, best not to try. If you’re interested in trying, you can find directions applicable to almost any device by Googling the name of your device, the carrier, and adding the word “rooting." For example: “Samsung Galaxy S 3 AT&T rooting.”

Why would you go to the trouble of rooting your Android device? As I mentioned, you will gain system-level access to your device’s OS which allows you to install powerful apps that cannot run without root permissions. A few examples:

These are just a few of the powerful apps you can take advantage of with a rooted Android device. Do a Google search for the best root apps, and I promise you’ll find many more.

Directions for rooting your phone will also include the installation of a custom recovery utility. This is a program that operates outside of the Android system and can be triggered using a combination of the physical buttons on your device when it is powered-off. In my experience, the combination is usually the power button and the volume-up button at the same time, though that combination varies depending on the device.  A recovery utility is a powerful piece of software. It is capable of backing up your entire device (apps, settings, the OS, EVERYTHING) into one folder so that it can be easily restored should you manage to mess up your device while experimenting. I have had the opportunity to restore to a working back-up many, many times while playing with all this. The recovery utility can also erase your entire device, perform a simple factory reset, and last of all (well, I say “last”, I mean “last thing I’ve tried so far") install custom ROMs.

One of the results of Android's openness has been the development of aftermarket "ROMs" which are modified versions of the Android operating system. They include pretty much everything a device needs, from the OS itself to the apps and settings, and can replace the default or “stock” version of Android running on a device. Why should you care?  Well. . .

Community-developed ROMs lend Android a large advantage over other mobile operating systems, like iOS and Windows Phone & RT, since many of the innovations volunteer programmers include in these ROMs get baked into future official releases of Android from Google. Perhaps the most popular aftermarket ROM is called Cyanogenmod. There are many different releases of Cyanogenmod based on the various versions of Android. The newest is, I believe, 10.2 based on Android 4.3. As I said, some devices are simply too old or underpowered to run the absolute latest versions of Android, so you may not find such a ROM for a device that is two or three years old.  Instructions for installing said ROMs can be hard to find on the site’s forums, so I find it much easier to just Google, for instance “install cyanogenmod AT&T galaxy s 3”. Other popular ROMs include AOKP, MIUI, BAM Android, and SlimRom, but all you need to do is Google “Android ROMs” and you’ll be swimming in them. ROM availability depends on the model of device and the carrier if you’re using a smartphone or tablet with a mobile network connection, so choose carefully.

I’ve had a few missteps along the way, a few “Oh, crud!” moments, but I’ve enjoyed seeing how much more my Android devices are capable of. The sense of ownership I’ve gained by fully customizing my devices to my needs far surpasses the feeling of handing my lots-of-money over to the register.  If you’re brave and geeky enough, I encourage you to try as well. Just remember—I warned you!