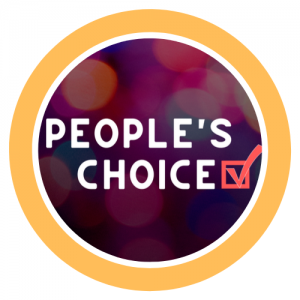 You've seen what CRRL staff picked as our favorites from the year in our 2019 Staff Picks list.

Then, we asked YOU to share YOUR favorite book, movie, or TV show of 2019.

We asked you to pick:

The story of Ann Atwater, a fearless and outspoken civil rights activist, and C.P. Ellis, a local KKK leader, blaze the way for school desegregation in 1971 Durham, North Carolina. Based on a true story.

A routine network television investigation led author Ronan Farrow to a story only whispered about: one of Hollywood's most powerful producers was a sexual predator, protected by fear and wealth. Both a spy thriller and a work of investigative journalism, this book breaks devastating news stories about the rampant abuse of power.

Daisy, a girl coming-of-age in LA in the late '60s, is noticed by the band The Six, igniting the whirlwind rise of an iconic rock group.

Follows two married couples - ministers and academics - between the years 1950-1970 whose bonds of faith and friendship, jealousy and understanding, are tested by the birth of an autistic child.

By the end of WWII, Cyril Conroy's single lucky investment propels his family from poverty to enormous wealth. His first purchase is to buy the Dutch House, a lavish estate in the suburbs of Philadelphia. But the house sets in motion the undoing of everything Cyril loves. Set over the course of five decades, this dark fairy tale is told through the eyes of one half of a pair of wealthy siblings who cannot overcome their past.

Brought up by unfriendly and overbearing nuns, ancient retainers, and countless skeletons, Gideon is ready to abandon her life of servitude and an afterlife as a reanimated corpse. She packs up her things - including her sword - and prepares to launch a daring escape. But her childhood nemesis won't set her free without a service.

Rachel Hollis, best-selling author and founder of a multimillion-dollar company, sounds an important wake-up call for women who have been taught to define themselves in the light of other people, instead of learning how to own who they are and what they want.

Library Lovers' Bonus: If you find something you think would be a terrific holiday or birthday gift, ordering it through the Amazon Smile program can share the joy with our Friends of the Library.