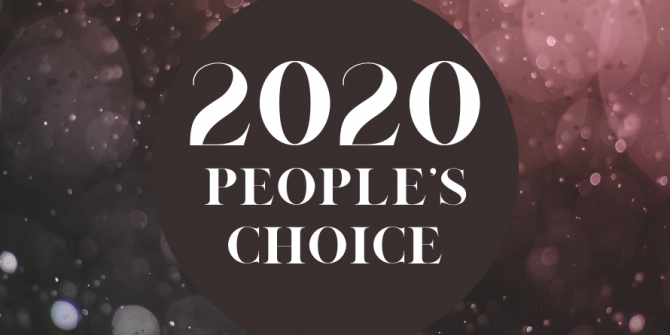 We asked YOU to share YOUR favorite book, movie, or TV show of 2020.

We asked you to pick:

We asked YOU to share YOUR favorite book, movie, or TV show of 2020. Here's what you picked!

Above the Bay of Angels by Rhys Bowen
A single twist of fate puts a servant girl to work in Queen Victoria's royal kitchen, setting off a suspenseful, historical mystery.

American Dirt by Jeanine Cummins
Forced to flee the Mexican cartel, a young woman and her and eight-year-old son find themselves miles and worlds away from their comfortable middle-class existence. Instantly transformed into migrants, Lydia and Luca ride trains that make their way north toward the United States. As they join the countless people trying to reach the north, Lydia soon sees that everyone is running from something. But what exactly are they running to?

Big Lies in A Small Town by Diane Chamberlain
Morgan Christopher's life has been derailed. Taking the fall for a crime she did not commit, her dream of a career in art is put on hold - until a mysterious visitor makes her an offer that will get her released from prison immediately. Her assignment: restore an old post office mural in a sleepy Southern town. Morgan knows nothing about art restoration, but, desperate to be free, she accepts. What she finds under the layers of grime is a painting that tells the story of madness, violence, and a conspiracy of small-town secrets.

Dark and Deepest Red by Anna-Marie LacMemore
Summer, 1518. A strange sickness sweeps through Strasbourg: women dance in the streets, some until they fall down dead. As rumors of witchcraft spread, suspicion turns toward Lavinia and her family, and Lavinia may have to do the unimaginable to save herself and everyone she loves. Five centuries later, a pair of red shoes seal to Rosella Oliva’s feet, making her dance uncontrollably. There’s more to what happened in 1518 than even Emil knows, and discovering the truth may decide whether Rosella survives the red shoes.

Honor Lost by Rachel Caine
With human enemies, alien creatures, and mechanical stalkers on her tail, it’s down to the wire for Zara to save the galaxy - and the people she calls home - before the godking consumes them all. Book #3 in the series.

The House in the Cerulean Sea by TJ Klune
An enchanting love story, masterfully told, about the profound experience of discovering an unlikely family in an unexpected place - and realizing that family is yours.

Lavender Blue Murder by Laura Childs
As Theodosia investigates her 21st mystery, fingers are pointed, and secrets are uncovered, all the while Theodosia worries if she's made a mistake in inviting a prime suspect in the case to her upscale Lavender Lady Tea. Book #21 in the Tea Shop Mystery Murder series.

Magic Lessons by Alice Hoffman
In an unforgettable novel that traces a centuries-old curse to its source, beloved author Alice Hoffman unveils the story of Maria Owens, accused of witchcraft in Salem and matriarch of the line of amazing Owens women and men featured in "Practical Magic" and "The Rules of Magic."

My Dark Vanessa by Kate Elizabeth Russell
Alternating between Vanessa’s present and her past, "My Dark Vanessa" juxtaposes memory and trauma with the breathless excitement of a teenage girl discovering the power her own body can wield. Thought-provoking and impossible to put down, this is a masterful portrayal of troubled adolescence and its repercussions that raises vital questions about agency, consent, complicity, and victimhood.

See what CRRL staff picked as their favorites from 2020!