Traci Hunter Abramson, a Brigham Young University graduate, worked for the Central Intelligence Agency for several years. She credits the CIA with giving her a wealth of ideas as well as the skills needed to survive her children's teenage years. She is a three-time Whitney Award winner and has written more than twenty bestselling novels that have consistently been nominated as Whitney Award finalists. 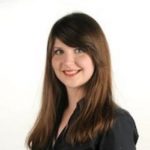 Lindley Estes is a writer, reporter, and editor. She is a graduate teaching assistant at George Mason University and MFA candidate in fiction writing there. She recently served as the Fredericksburg Business Insider editor and as a reporter for the Free Lance-Star, Fredericksburg's daily newspaper, and has previously worked as a magazine and literary journal editor. She has written for newspapers about business and higher education, local government and art, and has published in multiple literary journals. 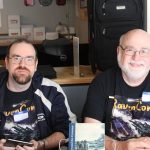 Fredericksburg father and son team, James and John Gaines, publish science fiction together under the byline J. M. R. Gaines. A retired professor and a librarian, they have created the Forlani Saga series of novels, including Life Sentence, Spy Station, Earth Regained, and several short stories attached to the numerous alien, robotic, and human characters featured in their tales. They have given presentations on science fiction writing at Mysticon, Ravencon, and the Virginia Writers Club annual symposium, as well as other venues. Their special interests include worldbuilding, exobiology, and interspecies communication. 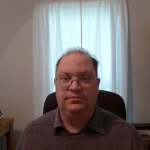 Nate Hoffelder has been building and running WordPress sites since 2010. He blogs about indie publishing and helps authors connect with readers by customizing websites to suit each author’s voice. You may have heard his site, The Digital Reader, mentioned on podcasts such as The Creative Penn, Wordslinger, or Sell More Books Show. In his spare time, he fosters dogs for A Forever Home, a local rescue group. 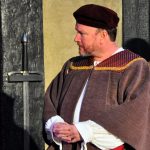 Douglas Jones has written and produced forty plays and screenplays, including the musical Bojangles (music by Charles Strouse, lyrics by Sammy Cahn), The Turn of the Screw, and his award-winning Songs from Bedlam. He teaches memoir, playwriting, and other writing classes at the VMFA and The Visual Arts Center. 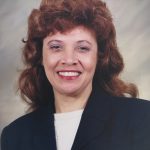 An award-winning author, her latest novel, Blessings and Curses, (Blackrosewriting.com) was in the top ten most popular novels at both the Frankfort, Sharjah, and Guadalajara International Book Fairs in 2018. Her first novel, That Ever Died So Young, was a finalist in the Somerset Literary and Contemporary Fiction Award in 2014. She has presented on dialogue at conferences, libraries, and meetings. She teaches fiction writing at Montgomery College, and Frederick Community. She enjoys walks, loves live theater, enjoys movies, museums, and is active in her church. She is an adjunct professor at Montgomery College where she teaches speech, college reading, and English. 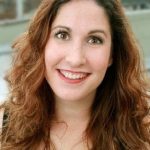 Wendy Latella is a multi-award winning writer and director of film and television with over 20 years of professional experience in the entertainment industry. She is a proud Army wife and mom to two boys. 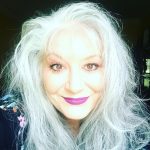 After publishing over twenty novels for adults, Erica Orloff penned the award-winning middle-grade children’s fantasy trilogy The Magickeepers under the pen name Erica Kirov. Her books have been praised in Us Weekly and Cosmopolitan and have been translated into thirteen languages. She writes regularly for publications on motherhood and complexities of family, and she was nominated for a Pushcart Prize for her essay “Choose Me,” on motherhood after a loss. She speaks and offers workshops regularly on memoir and the power of story, as well as school author visits. She is an obsessed Yankees fan, collector of Buddha statues, mom of four, and rescue dog mom of one -  the world’s perfect pitbull, ZuZu. 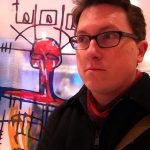 Colin Rafferty is the author of Hallow This Ground, a collection of travel essays, and the forthcoming Execute the Office. He has taught nonfiction writing at the University of Mary Washington since 2008, including courses on food writing, nonfiction of place, and the lyric essay. 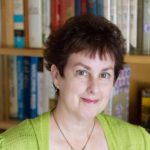 Candice Ransom is the author of more than 150 books for children and young adults. She has also published dozens of personal essays. She wrote a full-length memoir as her thesis to earn her MA at Hollins University. She teaches in Hollins University's graduate program in children's literature. 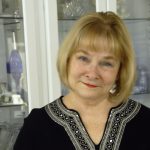 Suzi Weinert’s mystery thrillers, Garage Sale Stalker, Garage Sale Diamonds, and Garage Sale Riddle, unfold in McLean, Virginia, where she frequented garage and estate sales for 25 years. She explains, “After I married into the Army, discovering military thrift shops honed my fascination for unusual treasures and their intrigue. Thereafter, every sale, everyone attending, and every item offered embodied a story.” Fifteen 2-hour TV movie episodes, based on Suzi’s work, have aired on Hallmark’s Movie & Mystery Channel in their Garage Sale Mystery Series. A member of Mystery Writers of America and Sisters in Crime, Suzi lives with her husband in Northern Virginia. She’s working on Book 4 in her Garage Sale Series: Woman at the Garage Sale. 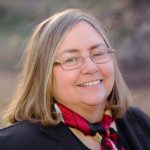 Linda J. White writes award-winning FBI thrillers with a twist of faith from her home in Fauquier County. Her seventh novel, All That I Dread, was released in June 2019. A former journalist, she has three grown children, five grandchildren, and a Sheltie who loves to herd them all. 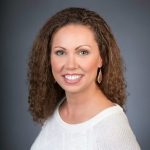 Tracy Causley lives in Northern Virginia and holds a master of fine arts degree in art history from Savannah College of Art and Design. Tracy is an Italophile and avid traveler. She combines her love of history and interest in the metaphysical, creating historical fiction seasoned with supernatural themes. 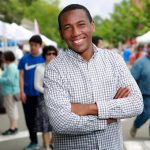 Chris Jones is an author, book writing coach, and three-time Virginia Press Association award-winning journalist. He has been in the writing and marketing industry for 20 years. His burning desire is to help authors write and publish books that get them the results they desire. He achieves this through his coaching and training sessions and his podcast and book - The Art & Business of Writing. On his podcast and as a journalist, Chris has interviewed New York Times bestselling author John David Mann, EOFire’s Kate Erickson, Foundr Magazine CEO Nathan Chan, lifestyle entrepreneur Kimanzi Constable, Joanna Penn of The Creative Penn, Emmy award-winning broadcast journalist Efrem Graham, HGTVs Sabrina Soto, Food Network celebrity chef Rachael Ray, Supernanny Jo Frost, and many others. 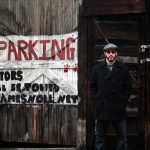 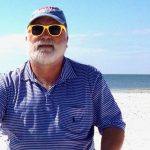 Rick Pullen is the author of three political thrillers, Naked Ambition, Naked Truth, and The Apprentice. He is a retired magazine editor and investigative reporter and former member of the Folio 100: the 100 most important people in magazine publishing. In 2015 he was runner up for magazine editor of the year, and his novel Naked Truth was a 2019 finalist for the Silver Falchion Award.