One such influential author is Ray Bradbury, author of such novels as The Martian Chronicles and Something Wicked This Way Comes. Considered today one of America’s greatest science fiction authors, Bradbury began publishing in January 1938 with his short story “Hollerbochen’s Dilemma.” Over the course of his career, he has published over four hundred short stories and novelettes. He has published considerably fewer novels than he has short stories, but the novels he has created are considered classics of the science fiction genre, especially Fahrenheit 451, a novel set in a dystopia where firemen burn books instead of stopping fires.

Bradbury created many highly influential characters as well, including the clan that would later become known as The Addams Family. Bradbury called them “the Elliots” and placed them in rural Illinois. Charles Addams illustrated the stories, which were initially published in The New Yorker. Although the Elliots stories were very popular among New Yorker readers, there was never an actual novel collaboration between Addams and Bradbury. Their partnership dissolved before any book could be published through collections of Addams family cartoons have been produced. Also, one of the latest novels published by Bradbury is From the Dust Returned, a compilation of his Elliots stories with some new material.

Bradbury’s work has inspired numerous film and TV adaptations. Among the first produced was the 1953 film The Beast From 20,000 Fathoms, adapted by Bradbury’s close friend Ray Harryhausen from the short story “The Fog Horn.” Although there was little similarity between the original short story and the film’s script other than a prehistoric sea creature and a scene of a lighthouse being destroyed, the film became very popular due to its association with Bradbury’s writings.

The most critically well-regarded Bradbury film adaptation is 1966’s Fahrenheit 451, which received praise from many influential film critics and Bradbury himself. However, the film has a troubled production history, due to it being director Francois Truffaut’s first (and only) English language film and multiple disagreements on set between Truffaut and the film’s lead actor, Oskar Werner. The 1983 adaptation of Bradbury’s novel Something Wicked This Way Comes had an even more problematic production. Bradbury’s original screenplay for the film was taken out of his control and edited by writer John Mortimer in an effort by Disney to produce a more family-friendly film. Although the film was ultimately re-edited to more closely resemble Bradbury’s original vision, the experience ruined the friendship between Bradbury and director Jack Clayton, for whom Bradbury had worked on the screenplay of 1956’s Moby Dick.

Interestingly, although most consider Bradbury to be a science fiction author, he does not believe his best-known work, The Martian Chronicles, is science fiction. He views it as a narrative of the impossible (fantasy) rather than as the possible (science fiction). Nevertheless, it remains one of his best-loved and most critically acclaimed works. The novel is essentially a collection of short stories set in chronological order of the contact between the first rocket to Mars and the final adventures of a family of Earth-born colonists. In between, the short stories detail the destruction of the Martian race due to bacteria from Earth, the terraforming of Mars by human colonists, the colonists’ fear and desire to return to Earth as nuclear war becomes imminent, and the struggles of human survivors on Mars after the climax of the nuclear war.

The final story, “The Million-Year Picnic,” has one of the most powerful images in science fiction: the father of a small family, after burning every document connecting them to their Earthly existence, promises to show his sons “Martians” and introduces them to their own reflections in the canal. The mystery and otherworldly quality of Mars, after being pushed back and civilized for so long under the colonists, is preserved as the immigrants lose their Earthly identity and become the new Martians.

Humankind: Above and Beyond

Another highly influential science fiction author was Arthur C. Clarke, writer of Childhood’s End, Rendezvous With Rama, and 2001: A Space Odyssey. Clarke was a major innovator in the field of hard science fiction, proposing ideas such as a global library, geostationary satellites, and space rail as a means of launching spacecraft long before any of these things were close to becoming a reality. His concepts of alien life proved just as innovative as his concepts of technological innovation. Clarke extensively developed the themes of human evolution and development through interaction with benevolent alien races in his texts.

Published in 1953, Childhood’s End was Arthur C. Clarke’s first novel to explore the concept of human evolution through interaction with a benevolent alien race. Although the Overlords, are frightening in appearance to human beings, their goal is not to destroy humanity, but rather to guide it to reach a higher evolutionary form that they themselves cannot attain, having finished their evolution.

Human evolution is manifested in the novel by the development of psychic powers and ultimately the ability to leave the physical body behind and enter an ascended state. After the final ascension of the evolved humans, the Overlords must travel across the universe and seek out other races to guide to enlightenment. The novel is credited with popularizing the concept of elder/younger race interaction that was utilized in various forms throughout the Star Trek series, as well as the concept of evolved post-humans with psychic powers. 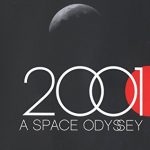 Perhaps Clarke’s best-known work is 2001: A Space Odyssey, although it is remembered as much for its film version as for Clarke’s original text. Clarke and director Stanley Kubrick had agreed to collaborate on the film and use Clarke’s 1948 short story “The Sentinel” as the basis for what would become the later novel and film. Although “The Sentinel” utilized the same basic concept of an alien artifact guiding human evolution as the later book and film, the story needed to be lengthened and elaborated upon to make a suitable screenplay and novel.

Clarke and Kubrick developed the novel and screenplay simultaneously. Clarke rewrote portions of his novel after test screenings of the film, as the filming schedule was quite rushed and the novel and film were supposed to be released concurrently. Both the novel and the film were critically praised and are still considered exemplary works of science fiction. Clarke wrote three sequels to 2001; 2010: Odyssey Two, 2061: Odyssey Three, and 3001: The Final Odyssey. Of these novels, only 2010 has been made into a film so far; Clarke was heavily involved with the script of the film version and used early versions of email to communicate with the film’s director, Peter Hyams, during the production.

Arthur C. Clarke and Ray Bradbury have had enormous impacts on the world of science fiction, and their works will continue to inspire future generations of science fiction writers. Their influences extend beyond literature itself into the realms of screenwriting and film production. They both had a substantial influence over the films based on their novels and short stories. Both Clarke and Bradbury's accomplishments and creative drive should stand as examples to all who strive to write intelligent, imaginative narratives.