Kate, a very young kindergartner, came home from school one day and asked, “What’s an ‘elementoe’?” Her mother was a bit confused and said, “I don’t know what you’re talking about.” Kate continued with a child’s sense of desperation, “You know when you’re going over it, over the chalkboard, when you sing that song.” Kate knew that whatever an “elementoe” was, it was important, and she was right!

Many of us learned the alphabet by singing the “ABC Song.” Some of us knew the song so early in our lives that we assume we just always knew the ABCs. Others credit mothers, siblings, and teachers for teaching them the alphabet and have fond memories of not only singing, but playing with alphabet blocks, flash cards, watching Sesame Street, and bringing items for Show and Tell on “letter days” at school.

At the CRRL, Grow A Reader Classes happen often with staff who know the value of Letter Knowledge. We know that while we love to sing the ABC Song, Letter Knowledge goes beyond the song. It “enables a child to recognize all the letters of the alphabet, in both capital letter and lowercase form, and to know the names and sounds of each.” Please read more at All About Learning Press.

Preschoolers are eager to learn their letters and can do so in such a way that it all seems like play. It’s also good to remember that all this learning can take place at the child’s personal pace. Slow it down to know that an “elementoe” is actually five individual letters with their own sounds. Here are some more fun ways to experience Letter Knowledge:

Check out some of these books for fun with Letter Knowledge.

Charley's Alphabet is missing Little x. The other letters help solve the mystery of where Little x might be.

A delightful chant that almost brings the whole alphabet together at the top of a coconut tree.

Die-cut pages show the youngest readers the shapes of some ancient and large creatures. Learning shapes is the first step to learning letters.

The very busy peas roll through the many vocations of the alphabet!

Each letter of the alphabet has its own brief story. Some are surprisingly connected; all are fun and memorable.

A little mouse is surprisingly loud and wants the reader to join in a trip through numbers, letters and easy words.

An imaginative look at what a difference one letter can make in so many words!

Is there a place in the alphabet for Moose? 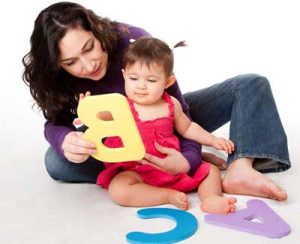