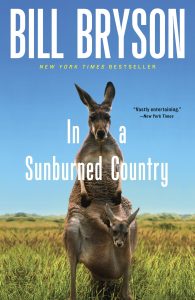 Some of us are bitten by the travel bug early on in life, while some prefer to cuddle up on the couch at home with their cats and mugs of tea. Some of us long to travel far and wide, but are knee-deep in student loan debt and saddled with kids (by “saddled” I mean “blessed,” of course). Then there are those who are retired and finally living the high life on the road and those who use every spare dime and vacation day to go anywhere but here.

The definition of “travel” varies for everyone. For some, it’s a day exploring the museums in D.C. For others, it’s a year-long tour of Europe. I often fantasize about barefoot walks on East Coast beaches, sandals in one hand and a margarita in the other (it’s totally allowed in my dreams). There are others for whom the perfect getaway is roughing it in the Alaskan woods with a sleeping bag and a stick of beef jerky. I personally need at least a low-budget motel with a shower and coffeepot, but I’m high maintenance.

So whether you’re a peripatetic wanderer or a couch surfer, your adventures are multiplied when you read a variety of books. First, books are good company. They don’t talk too much and are willing to go where you go. They contain multitudes of colorful characters, scenes, and places to entertain your curious brain. And you get to experience by proxy what their characters are going through, both good and bad. If they’re traveling around the world and get caught in a typhoon, you get to live the terror without getting your head wet. If they decide to buy a house in Tuscany and fall in love with a handsome Italian, you get to pretend...well, you can use your imagination.

I’ve always had a penchant for travel writing for these reasons. I can travel around the world without climbing out of my pajamas. I learn about new cultures and customs, and I enjoy living vicariously through others. Maybe one day I’ll travel the world myself and write my own memoir from the comfort of my sketchy motel.

Until then, here are some of my recommendations:

No Baggage by Clara Bensen
Recovering from an early-life crisis, Bensen dives into online dating and meets Jeff, an unconventional, energetic professor. They barely know each other when they agree to a risky travel experiment spanning eight countries in three weeks...with no hotel reservations, no plans, and no luggage.

In a Sunburned Country by Bill Bryson
No travel list is complete without the hilarious Bill Bryson, who explores Australia with its friendly inhabitants, insanely hot weather, and the weirdest, most deadly creatures in the world.

Traveling With Ghosts by Shannon Leone Fowler
After her fiancé was killed by a jellyfish while in Thailand, marine biologist Fowler is unable to return to her ocean work, embarking instead on a four-month journey to ten countries off of the usual tourist routes.

Undress Me in the Temple of Heaven by Susan Jane Gilman
After graduating from Brown in the 1980s, Gilman and college friend Claire depart for a year-long backpacking trip that started in China and quickly went downhill when Claire began displaying bizarre behavior and paranoia. Definitely a journey you’d rather read about than take.

See You in the Piazza by Frances Mayes
The author of Under the Tuscan Sun introduces us to the non-touristy side of Italy as she and her husband explore the culture and cuisine of thirteen regions. You can practically hear the buzz of the markets and feel the cobblestones under your feet as Mayes reveals Italy’s most precious gems.

Travels With Charley by John Steinbeck
If you were forced to read The Grapes of Wrath in high school, you’ll want to give Steinbeck another try. Along with a poodle named Charley and a truck rigged as a camper, Steinbeck sets out to rediscover America.