If you were asked to name a few mystery/thriller writers off the top of your head, who would you name?

Chances are you’d instantly go to popular names like James Patterson, David Baldacci and Janet Evanovich. These mainstream authors get big advances and prominent display space in bookstores when their latest novels are released, perpetuating their continued popularity. This means that many authors, especially writers of color, routinely go undiscovered, leaving volumes of scintillating suspense out of a well-deserved spotlight. 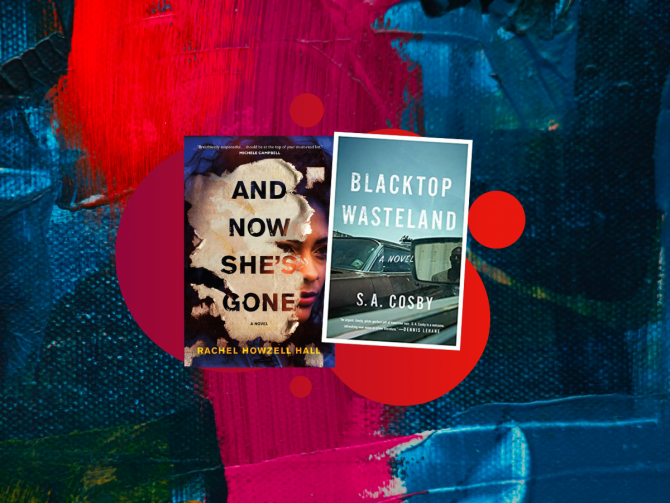 Though I believe everyone should make a point of reading diverse books all year long, African American History Month is a great time to shine the spotlight on Black authors. And because I’m on a mystery/suspense/thriller kick lately, that’s what I’m going to focus on today.

(I have a hard time discerning between mystery, suspense and thriller, so I lump them together. Let’s just call them MST.)

Here are my MST picks by Black authors:

When No One Is Watching by Alyssa Cole
Brooklyn native Sydney Green is dismayed by the gentrification of her beloved neighborhood, Gifford Place, as condos are built and a major pharmaceutical company decides to call the neighborhood its headquarters. As a distraction from frustration, Sydney takes a walking tour of Gifford Place, only to be further incensed by the tour guide’s focus on the white history of the neighborhood, ignoring the Black residents who live there. So she decides to set up her own walking tour, and in the process of investigating Gifford Place’s complicated history and racial background, Sydney and unlikely assistant Theo start noticing that her longtime neighbors and friends are disappearing. The pair soon becomes suspicious of the push to revitalize their community, and find themselves wrapped up in paranoia and fear for their lives.

Blacktop Wasteland by S.A. Cosby
Formerly known for being the best getaway driver on the East Coast, Beauregard “Bug” Montage is now married with children and earns an honest living by owning an auto shop. But as financial troubles start piling up, Bug feels forced to take on a potentially money-making job in a jewelry heist with people he doesn’t trust. The robbery goes awry, and suddenly Bug is fighting for his life and that of his family. Rich description and imagery combined with heart-stopping chase sequences make for a gritty, can’t-miss thriller.

A Spy in the Struggle by Aya de León
Yolanda Vance has long been fueled by the desire to escape poverty, working her way through prep school and Harvard Law to earn a spot at a prestigious New York law firm. When the firm is raided by the FBI, Yolanda turns in her corrupt bosses to save her career, and ends up working for the bureau. Soon, she’s working undercover at Red, Black and Green, an extreme African American activist group that claims a biotech corporation funded by the Pentagon is exploiting their California neighborhood. Yolanda wants only to conquer this assignment and return to corporate law, until a suspicious death escalates things, and it’s clear they’re all in danger. Suddenly, she’s torn between betraying the group whose trust she’s earned or angering the country’s most powerful law enforcement agency.

Hollywood Homicide by Kellye Garrett
Floundering actress Dayna Anderson needs a job to help her parents save their house, but prospects aren’t good. So when Dayna witnesses a deadly hit-and-run accident, she decides she can solve the case herself and claim the $15,000 reward. With the help of friend Sienna, Dayna quickly starts chasing leads that connect the accident to a known Hollywood crime spree, loving the investigation that takes her from Hollywood hot spots to movie premières. That is, until someone tries to kill her.

And Now She's Gone by Rachel Howzell Hall
New PI Gray Sykes accepts her first independent assignment from her boss Nick Rader (on whom she has a crush) to locate physician Ian O’Donnell’s missing girlfriend, Isabel Lincoln. The twist is that Isabel might not want to be found. Gray discovers that Ian abused Isabel, who even attempted suicide because of it. No stranger to abuse herself, Gray feels a connection to the missing woman. And when Isabel herself starts texting Gray, telling her to stop investigating, it becomes clear that the past of these two women is eerily similar.

Black Water Rising by Attica Locke
In Houston, Texas, 1981, lawyer Jay Porter is looking for a fresh start. His practice is based out of a dingy strip mall, and his most promising client is a flaky call girl. Jay believes he’s put away his past and the trial that nearly destroyed him. Then he impulsively saves a drowning woman’s life, unleashing a series of events that unwittingly ensnare him in a murder investigation involving the top tier of Houston’s corporate power brokers. But before Jay can get to the bottom of a mystery that threatens his family, he must confront the skeletons from his past. Highly recommended on audio.

Blood Grove by Walter Mosley
Award-winning Mosley does it again with this 15th installment in the Easy Rawlins series that started with “Devil in a Blue Dress.” In 1969, as war protests dominate the scene, PI Easy Rawlins gets a visit from a white Vietnam veteran. The young man’s story makes little sense. He and his lover were attacked outside of the city’s limits; he may have killed a man, and his girlfriend and dog are now missing. Easy knows the case spells trouble, but the shared bond between veterans makes him want to help this troubled young vet.