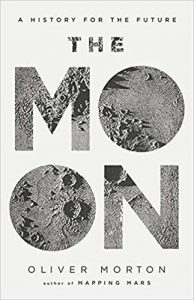 Today, we take for granted the knowledge that the Moon is a solid chunk of rock that rotates around the Earth, and the mystical Man in the Moon is just a collection of craters (thank Galileo for that tidbit). We also know that the Moon rotates on its axis in synchronicity with the Earth, which is why we never see its dark side (sorry, Pink Floyd). Fifty years ago this year, Apollo 11 carried Neil Armstrong and Buzz Aldrin to be the first men to walk on the Moon, bouncing in its low gravity and leaving dusty footprints that remain to this day.

When one gazes on the dreamy face in the sky on a clear night, though, it’s easy to imagine why so many myths about the Moon have cropped up over millennia. People have long associated a full moon with odd behavior such as violence, sleepwalking, and turning into werewolves. The words “lunacy” and “lunatic,” in fact, were derived from Luna, the Roman goddess of the moon.

The full-moon myth extends to fertility. Despite lack of evidence, it is still believed today that more babies are born during a full moon.

Popularized in the 1800s was the notion that aliens colonized the Moon. “Lunarians,” were described by Bavarian astronomer Franz von Paula Gruithuisen, who claimed he saw entire cities on the Moon through his telescope. Though he was laughed at, he eventually got a small lunar crater named after him (mission accomplished?). Astronomer and composer Sir William Herschel also believed aliens lived on the Moon, but his son got the credit for a series of fake news articles about the “Great Moon Hoax” published in the New York Sun in 1835.

In the same vein, several sci-fi books of the early 20th century featured aliens living in a hollow moon. In real life, two Soviet scientists in 1970 took the hollow-moon concept to a whole new level, proposing the Moon was a shell-like spacecraft built by extraterrestrials with advanced technology and intelligence. Let’s hope that was an elaborate April Fools’ joke and not an actual thing they believed.

You can find the Moon in about every genre of literature. Here is a random and interesting list of lunar reads:

The Sun Kings by Stuart Clark
In September 1859, the Earth was engulfed in a giant gas cloud that produced a blood-red aurora and crashed telegraph systems worldwide. Amateur astronomer Richard Carrington’s connection between this incident and a solar explosion helped launch the modern age of astronomy, despite his embroilment in scandal.

Luna by Ian McDonald
There is no law on the Moon, only contract. You pay for everything you consume, from breath to bandwidth. If you’re one of the Five Dragons - the powerful families competing for economic dominance on the Moon - you also have to worry about sabotage and assassination attempts.

The Moon: A History for the Future by Oliver Morton
After generations of moon-gazing, a few Americans 50 years ago were able to show us our own planet hanging in the sky instead. Recently, a fragment of the Earth’s surface was found embedded in a moon rock, tightening the connection. Now, astronauts are preparing to return to the Moon - this time to the other side.

Life as We Knew It by Susan Beth Pfeffer
The first in a young adult series in which an astronaut collides with the Moon, causing it to split in two and resulting in disastrous consequences for the Earth. Teenage Miranda and her family struggle to survive this new world of unpredictable weather and diminishing supplies.

The Book of the Moon by Rick Stroud
An entertaining compendium of moon facts and myths covering deities, lunar astronomers through the ages, lunar maps, and all lunar missions. You’ll also find visual and performing arts based on the Moon, lunar medieval medicine, and even learn about the Moon’s place in alchemy and the casting of horoscopes.

The First Men In The Moon by H.G. Wells
Broke businessman Mr. Bedford meets by chance the brilliant Dr. Cavor, who invents a material that blocks gravity, making it possible to travel to the Moon. Motivated by money and desire for knowledge, the two commence on their journey to find a harsh world of frigid nights, boiling days, and menacing alien life—and the likelihood they’ll be trapped there forever.

Shoot for the Moon at your library with stellar July events, including Backyard Astronomy for Beginners, Astronaut Academy for the kids, and space-themed movies for all. Visit librarypoint.org/shoot-stars.