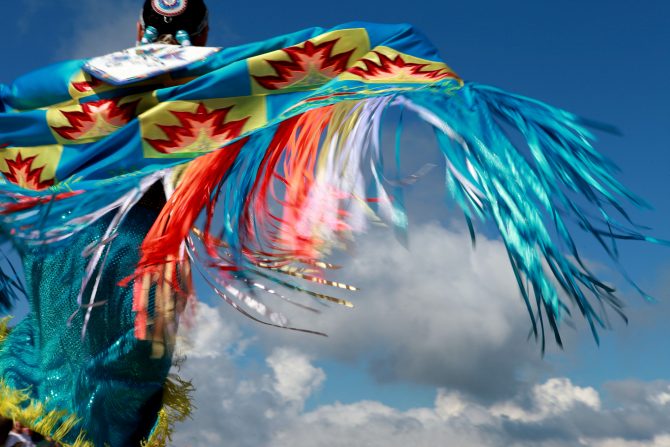 The tribes who lived in the Western Hemisphere before the coming of the Europeans were as different from each other as the countries that came to claim their lands. The many stories of the people who farmed, hunted, and herded in the plains, forests, deserts, and hills of what we call North America tell how they saw the Universe and the wisdom that they found in Nature.

The writers of Virginia's SOLs (Standards of Learning) have chosen to divide the hundreds of different tribes into groups according to where they lived: the Eastern Woodlands, the Great Plains, the Southwest, the Northwest Coast, and the Arctic region. Our booklist of American Indian folktales has stories from different regions.

Before choosing a story based on a tribe's location, remember that a tribe that lives in the Great Plains today may have been relocated there a century ago.

For example, the Cherokee Indians were pushed out of their lands in Georgia and elsewhere and moved far west to Indian Territory after the Indian Removal Act of 1830, opens a new window. For storytellers, this means that traditional tales might mention animals and places that were important to the hearts and memories of people but were no longer to be seen in their new homes.

American Indian is an interesting way to describe the people who lived here before the coming of the Europeans. There's a story behind all of it, of course. America was named after Amerigo Vespucci, opens a new window, an Italian explorer during the early 1500s. Columbus, looking for the spice-rich land of India, was bound and determined to call the people he found Indians in what he called the Indies. So American Indians, as opposed to the Indians who lived in India, was the name handed down through generations. In recent times, some scholars have found the phrase to be offensive and prefer "Native American," but the adoption of the word Indian by many of the native peoples as part of the rising American Indian Movement, opens a new window (AIM) has put it back into use in textbooks.

When you write or tell of a particular tribe, try to use the tribe's own name for themselves. For example, take the name Eskimo. For most Americans, it conjures up a clear picture of fur-clad people who live in igloos and hunt seals. But the word Eskimo offends some people who believe it comes from another tribe's word for "eaters of raw meat." You will see Inuit used sometimes in place of Eskimo, but that is often not a better name. The Inuit people are only one of the tribes of the Arctic area. However, many of their stories were gathered early in this century. So, your story may indeed by from the Inuit tribe, but it's always better to make sure, simply as a courtesy to the other Arctic peoples.

In every culture, there are certain kinds of stories that are told over and over again. Here we will look at a few of the popular types found in the American Indian traditions:

These are the smart alecks who think they can get a better deal by using their brains instead of their brawn. Sure, sometimes they may end up on the losing end of the bargain when they try to push their luck too far, but somehow they walk away from their adventures in one piece if no wiser—although hopefully, the listener will have learned something. Examples of tricksters are Iktomi, opens a new window of the Lakota tribe from the Plains and Raven, opens a new window, who can be found in stories from the Pacific Northwest.

The beginning of the world is the starting place for a tribe's stories. Which gods came first, how the earth and sky came into being, which animals are special to the tribe—all of this unfolds in the creation stories. The Precious Gift, opens a new window (Navajo) and The Woman Who Fell From the Sky, opens a new window (Iroquois) are creation stories.

Like creation stories, pourquoi (French for "Why?") stories tell how things came to be as they are. The First Strawberries, opens a new window is a Cherokee (Eastern Woodlands) story of why the land is covered in beautiful blue flowers every spring. The Story of the Milky Way, opens a new window is another Cherokee tale of how that glittering path came to be in the night sky.

The original action stories have bad guys, good guys, monsters, and a lot of other stuff that may sound familiar from Saturday morning television. The heroes of these tales put aside their fears and their own needs for the good of the people. Monster Birds, opens a new window (Navajo/Southwest) and The Magic Hummingbird, opens a new window (Hopi/Southwest) are hero tales.

Stories of Love and Loss

Stories of undying love are a sweet and sometimes sad part of the storytelling tradition. Love Flute, opens a new window (Santee Dakota/Plains) tells the story of how (yes, it's a pourquoi tale) the first shy, young warrior showed his love for his girl by playing her beautiful music on a magic flute blessed with the songs of the animals.

Legends on the Web 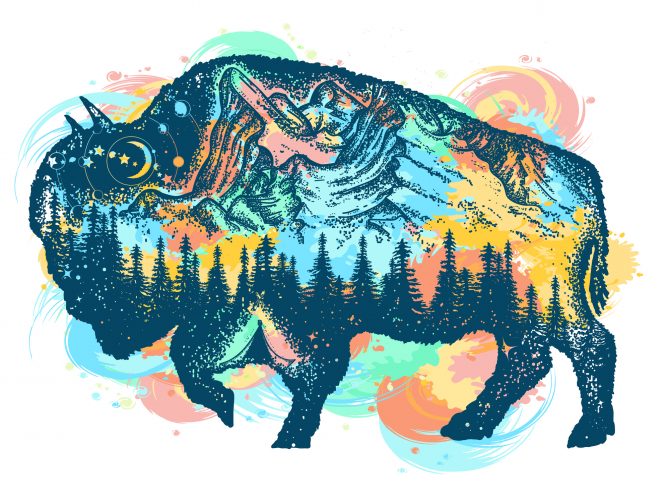 The Hunter and the Polar Bear, opens a new window (Arctic)
A very short story from the Inuit about a hunter's meeting with a polar bear.

The Lame Warrior and the Skeleton, opens a new window (Plains)
Sometimes an encounter with a ghost skeleton can be a good thing.

The Legend of the Cedar Tree, opens a new window (Eastern Woodlands)
Learn why the Cherokee consider the cedar tree to be sacred.

Stories the Iroquois Tell Their Children, opens a new window, collected by Mabel Powers (1917)
Mabel Powers was a white woman who went from wigwam to wigwam listening to and recording the stories of the Iroquois. She was even made an honorary member of the Iroquois and given the Indian name, Yeh sen noh wehs, which means "one who carries and tells the stories."