VIRGINIA EDITORS IN A DEADLY DUEL

A Newspaper War Ends in a Tragedy—Ellis Williams Shot Through the Heart, and Edwin Barbour Seriously Wounded— [illegible]

CULPEPER, VA, March 1. — One of the most desperate and deadly shooting affrays that ever happened in this vicinity occurred here this morning, between Edwin Barbour, editor of the Piedmont Advance, and Ellis B. Williams, son of Governor Williams, editor of the Culpeper Exponent, resulting in the death of Williams and the serious wounding of Barbour.  Both are young men and their families are highly-connected. The cause of the trouble seems to have grown out of a newspaper article, in the shape of a letter, dated from Washington and Signed “Jack Clatterbuck,” which was published some weeks ago in the Piedmont Advance.  The letter made some sharp and caustic allusions to Mr. Williams, of the Exponent.  Last Friday’s issue of the Exponent contained a bitter article denouncing the editor of the Advance and all connected with it, saying the editor was more an object of pity than of resentment, and that he was not the principal, but was put up to it by someone else.  To day’s issue of the Advance contains an editorial in which the editor brands Mr. Williams as a liar, and further says that “his conduct in this matter has been cowardly in the extreme, and highly unbecoming a gentleman, of which class we shall no longer consider him a member,” and winds up the article in this wise “At times it becomes necessary for a gentleman to turn and strike the dog that is barking at his heels.”

It was very evident this morning that there would be trouble, as both men were known to have been armed to the teeth.  Williams sent for Barbour to come down out of his office several times.  This Barbour declined to do, when Williams, against the earnest protests of his friends, decided to go to the Advance office, which he did with a friend; on entering the office he closed the door behind him, and advanced to where Barbour was sitting, and said “How do you propose to settle this matter--by fist and skull or with pistols?”

Barbour replied: “We can settle through our friends.” 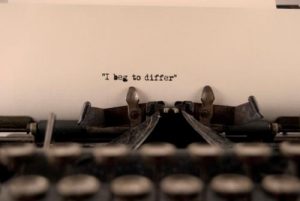 Williams then said: “No; we will settle it right now,” and struck Barbour with his fists.  Then both drew their revolvers and began firing at a distance of about six paces.  Barbour’s first shot, it is thought, struck Williams in the region of the heart.  After emptying his revolver he sank to the floor.  Doctors were summoned, but it was evident that he hadn’t many minutes to live.  He died in less than an hour after the shooting.

Barbour was found to have been shot through the scrotum, the ball coming out at the extreme lower part of his body.  He is lying at his father’s house in a very precarious condition.  The sad affair has cast a gloom over the entire community.

Young Williams is a nephew of General Robert Williams, of the United States army, who married the widow of the late Stephen A. Douglass, and is also a nephew of Mr. John B. Long, of Baltimore.

Barbour is the son of Hon. James Barbour, member of the Virginia House of Delegates from this county, and also a nephew of Senator-elect John S. Barbour.  The coroner’s jury have not yet rendered their verdict.--Balt. American.

The immediate cause of the tragedy was the following article which appeared in the Advance (Mr. Barbour’s paper) the morning of the occurrence.

On the 17th ultimo the following was received at this office:

Sir,--I am informed that in your paper of yesterday is a communication, signed ‘Jack Clatterbuck,’ containing offensive allusions to me.

You will be kind enough to give me the name of the author in writing.

The following reply was sent at once:

Sir.--I will not disclose the name of the author of the letter signed ‘Jack Clatterbuck,’ and consequently make myself personally responsible for anything said in his letter.

“The responsibility of the ‘offensive allusions’ referred to having been assumed by Edwin Barbour, one of the editors of the Advance, the manly course for Mr. Williams to pursue was clear.  He knew who was responsible for the ‘offensive allusions,’ and he knew where to find the responsible person which he should have held accountable for the (illegible).  But instead of doing this--as any one who deserves to be called a gentleman would have done--he resorts to an abusive article in the columns of the Exponent, every line which bristles with lies, and cowardly attempts to conceal the chagrin he felt at being so correctly portrayed by ‘Jack Clatterbuck.’

“Further notice of Mr. Williams and his contemptible abuse is hardly necessary; but we feel constrained to say that his conduct in this matter has been cowardly in the extreme and highly unbecoming a gentleman, of which class we shall no longer consider him a member. It is disagreeable for us to publish this expose of Mr. Williams, but at times it becomes necessary for gentlemen to turn and strike the dog that is barking at their heels.”

CRRL Editor's note: you can read more about the era of dangerous journalism in Virginius Dabney's book, Pistols and Pointed Pens, available from the library.