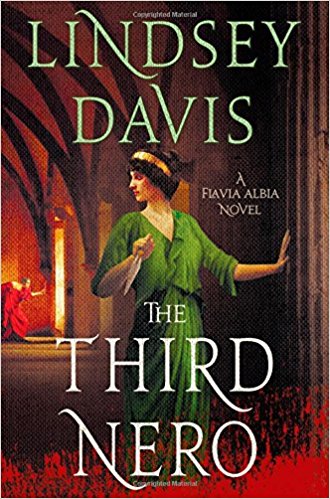 Detective fiction remains a major field in popular literature both for authors and readers. Many new trends and subgenres have emerged in literary detective fiction during the last twenty years, both redefining and broadening the genre. Some of the currently popular subgenres are historical fiction, fiction featuring minority characters, and detective fiction set outside of traditional locations. In fact, detective fiction has become such a diverse genre of literature that it appears to be splitting into several distinct genres, each with its own style and method of gripping readers’ attention.

One of the major challenges to detective fiction, in general, has been the rise of technology. Because the Information Age is defined by global positioning satellites, cellular phones, and the Internet rather than darkened alleys and distant mansions, it is difficult for many detective fiction writers to create the suspense that was so prevalent in the works of Arthur Conan Doyle and Edgar Allan Poe. Technology has posed another, less readily noticeable difficulty for detective fiction: how can the detective stand out as a remarkable genius when so much of the actual crime solving is accomplished by modern forensic technology and genetic science? In response to the difficulties of maintaining suspense and ingenuity in the modern age, some authors choose to project their characters into the past, creating historical detective fiction.

In choosing to write historical detective fiction, the author strives to fulfill two of the parent genre’s basic functions: serve the audience’s desire for suspense by utilizing a timeframe that deprives the detective of easy technological solutions for problems and create an exciting, exotic setting via a past historical period to which the reader has no current access. One of the most successful authors to utilize this method has been Lindsey Davis, creator of a popular series of detective novels set in ancient Rome during the reign of Emperor Vespasian. The first book in this series, The Silver Pigs, introduces Davis’ detective character, Marcus Didius Falco, and establishes most of the characteristics of the series: bitingly satirical first-person narration by Falco, a plot featuring governmental intrigue, and absolute attention to historical detail in portrayal of ancient Rome. Even supposedly minor details like meals and apartment structures are illustrated with unflinching and gritty detail as Davis strives to de-romanticize a historical period that survives in the modern imagination largely via Hollywood spectacle.

Another solution to the technology problem is to write detective fiction that focuses on nations or groups of people who function outside of technologically focused modern society. One of the most successful authors to use this method is Tony Hillerman, creator of the Navajo detectives Joe Leaphorn and Jim Chee, who solve crimes in the Navajo lands of the American Southwest. The detectives are confronted with crimes that often have significant links to the religious and cultural traditions of Native American peoples of the region. The contrasting attitudes and problem-solving methods of the two detectives form the basis of the novels. Leaphorn is skeptical of the power of witchcraft and traditional Navajo religious rites, whereas the younger Chee believes that the old ways retain their power and that cultural assimilation into modern society will destroy the Navajo people. The first novel in the series, The Blessing Way, was published in 1970. Hillerman won several literary awards over the course of his 18-book series before his death in October 2008.

During the 1930s era of pulp detective novels, most stories were set in either New York or Los Angeles, and the distinct flavor of these cities heavily influenced the dialogue and locations portrayed in detective stories.It also made it quite it easy to translate many of these stories to film. Location shooting was extremely rare during this period and most filming took place in either the city of Los Angeles or on soundstages. However, modern detective fiction is less bound to these two cities and likely to take place in a wide variety of cities, regions, and nations. Readers have enjoyed the distinct regional flavors of authors such as Robert B. Parker (Boston, Massachusetts) and James Lee Burke (New Orleans, Lousiana) for decades, and have recently developed a taste for detective tales set in foreign nations.

One of the most popular authors of detective fiction to utilize a foreign country for a setting is Alexander McCall Smith, author of the No. 1 Ladies Detective Agency series. McCall Smith’s books are steeped in the culture of sub-Saharan Africa and are defined as much by their cultural and anthropological observations as they are by the mysteries in each book. During the run of the series, the main character, Precious Ramotswe, gets married, adopts children, and is forced into competition with several other detective agencies for business. McCall Smith began the series in 1998  and has published a book in the series every year ever since the release of 2000’s Tears of the Giraffe.

As the genre of detective fiction continues to grow and diversify during its entrance into the twentieth century, this fiction category may become so diverse that it no longer focuses on a single audience. Even if there is no single defining character for this generation of detectives as Sherlock Holmes and Philip Marlowe were for prior generations, readers’ hunger for puzzling mysteries and ingenious detectives will always remain.