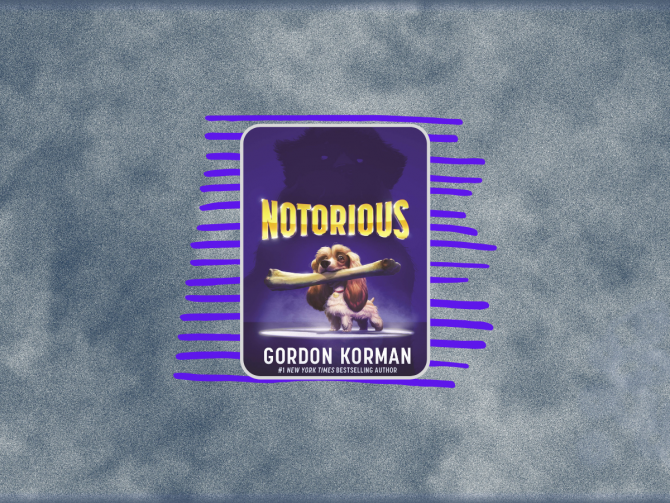 As he traveled around the world with his mom and his stepfather, Keenan somehow contracted tuberculosis. Now he is recovering at his dad’s house on Centerlight Island, which is right in the middle of the U.S.-Canadian border. As someone who has seen many different sights, Keenan thinks for sure that he will be bored out of his mind until he can reunite with his mom and stepfather. That is, until Zeebee crashes into his life and pulls him into a conspiracy.

Zeebee loves her island’s gangster history, and she believes that gangster Tommy-Gun Ferguson buried his gold on the island during the Prohibition Era. But what she does not love is her new dog, Barney II. She thinks someone on the island murdered her beloved monster of a dog, Barney (I). With the arrival of Keenan, Zeebee has someone to help her figure out who murdered her dog, as well as try to find Tommy-Gun Ferguson’s gold.

Notorious is a novel with twin mystery plotlines: who killed Barney, and where is the gold? While it has a slow start, the action speeds up as Keenan and Zeebee get more involved in the mysteries. For now, this is a stand-alone book.