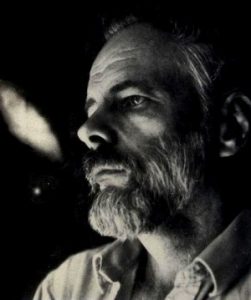 The late Philip K. Dick's works were one of the strongest influences on science fiction writers in the first decade of the 21st century, including the fields of alternate history and paranoid thrillers. Yet he received relatively little acclaim and financial success in his own lifetime and was unable to attract the attention of major publishers. The hold that Dick still has on the collective imagination of science fiction writers suggests that many of his concepts were ahead of their time and are better suited to the current world than the time in which they were originally published. And as of lately, Dick's works have sparked huge inspiration for the big and small screens.

One of Dick’s most critically hailed and often read works is The Man in the High Castle, considered one of the genre-defining works of alternate history. The story is set in an alternate version of the post-World War II United States that lost to the Axis Powers and has been partitioned between Japan and Germany. The novel is as much philosophical in tone as it is plot-driven and details the efforts of the American characters to adapt to, resist, and emulate the philosophies of their conquerors. It became Dick’s only novel to win a Hugo Award. The Man in the High Castle has been created into

Another of Dick’s highly influential novels is Do Androids Dream of Electric Sheep?, which was the basis for Ridley Scott’s film Blade Runner, the first exposure to Dick's work for many mainstream audiences. The novel details the efforts of a bounty hunter to exterminate androids that have escaped onto an overpopulated, dying Earth where human-level artificial intelligence is forbidden.

The story behind Blade Runner's production is very interesting. At first Dick opposed the film, being critical of all the screenplay drafts and refusing to even write a novelization. However, when he was allowed to see the finished special effects sequences of certain scenes, he was amazed by the high quality and resemblance to his literary vision and became supportive of the film and director Ridley Scott. The film has become a science fiction classic, attracting multitudes of followers. In 2017, a sequel was made starring Ryan Gosling. Although long in running time, it received critical acclaim from critics and fans alike.

In January 2018, Philip K. Dick's Electric Dreams, or simply Electric Dreams, was turned into a science fiction anthology series on the streaming video service Amazon Prime. It consists of 10 stand-alone episodes based on Dick's short stories. Critics and fans have compared it to Netflix's Black Mirror, another science fiction anthology series that has earned favorable reviews. Other Dick stories that have been turned into films include both Total Recall versions (1990 and 2012), which was based on his short story "We Can Remember It for You Wholesale"; Minority Report (2002) based of the short story; A Scanner Darkly (2006) based off the novel of the same name; and The Adjustment Bureau (2011), loosely based off the short story "Adjustment Team".