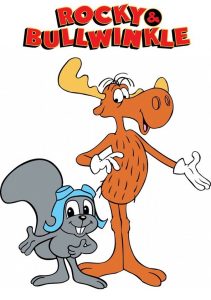 From the mid-1950s to the late 1980s, the world of animation in the United States experienced a severe quality drought. Television animation was cheaply and quickly produced and loaded with errors. Feature-length animation experienced severe budget cuts, and the number of animated movies being released was drastically reduced. Cartoons that many generations grew up watching were made with “limited animation” - a style that utilized as few frames as possible, which resulted in choppy, simplified character motions.

To later generations that grew up on Pixar and DreamWorks animation, these works may seem like relics of some forgotten time, but to those of us who grew up watching “limited animation,” we remember the age of cartoons made with as little effort as possible all too well. This is the tale of the Dark Age of Animation—how it came to be, what happened during it, and how it ended.

The Dark Age of Animation began as a response to the advent of television. Prior to TV, most cartoons in the U.S. were typically short films that were shown before the main feature film. Many of the classic Looney Tunes and Disney shorts were originally shown in such a manner. Because these cartoons appeared before “all ages” movies, they had to be entertaining to adults as well as children, and a great deal of effort and creativity was put into their design.

Widespread consumer adoption of TV greatly decreased the appeal of an “afternoon at the movies.” Why should people pay to see newsreels and short cartoons when they could simply watch them on TV at home for free?  Cartoons in theaters faded away over the 1950s and early 1960s, replaced by cheaply made “limited animation” from such studios as Hanna-Barbera, Jay Ward Productions, and Filmation Studios.

The Highs and Lows of Limited Animation

Not all limited animation was bad. High-quality writing could make up for low-quality production. One of the classic cartoons of the Dark Age, Rocky and Bullwinkle, was noted for clever humor and subversive writing that made it popular with teenagers as well as kids. Filmation’s Star Trek animated series employed many talented writers, including Larry Niven, to create its scripts. However, shows such as these tended to be the exception rather than the rule, as many TV cartoons from the Dark Age tried to be as inoffensive and bland as possible to avoid angering parents’ groups.

The cancellation of Jonny Quest and most of Hanna-Barbera’s action cartoons in the early 1970s due to protests from parents’ groups further reduced the range of stories that could be told in TV shows. This was the dreaded time when TV animation was dominated by cartoons made decades earlier and endless versions of Scooby-Doo.

Deregulation and the End of an Age

The 1980s brought President Ronald Reagan’s deregulation of the television industry. One effect of this was that shows explicitly based on toy lines, which were previously forbidden by law, were allowed as long as they had an “educational component.” Usually this meant a short speech by the characters at the end telling children life lessons like “be nice to other people.” Since the educational requirement was so easy to fulfill, the number of cartoons based on children’s toy lines exploded. Series such as Teenage Mutant Ninja Turtles and Transformers released dozens of episodes a season as they were produced for the weekly syndication market.

Although these cartoons became very popular over the course of the 1980s and early 1990s, their production was often rushed to create as many episodes (and sell as many action figures) as possible. As a result, the animation still suffered many errors, some of which are very glaring. TV animation finally began to gain a better quality reputation with the debut of Batman: The Animated Series in the early 1990s. With high-quality animation and writing, Batman changed the perception of TV animation as a quality wasteland and went onto inspire acclaimed animation such as Avatar: The Last Airbender and Justice League. Animation aimed at teenagers and adults became accepted within the U.S. during this time as well, particularly through Warner Bros.’ line of animated movies based on DC Comics, which created adaptations of noted DC stories such as The Dark Knight Returns.

As the industry strives for higher quality animation, the Dark Age and the limited animation it utilized is slowly receding into the past. But those who are interested in cartoons should still study the works produced during the Dark Age so they can understand just how many corners were once cut in the name of producing animation cheaply. The Dark Age will forever be in the memory of American animation, a time when our limitless potential was lost in a sea of cynically cheap cartoons designed only to appeal to very young children-- an age when content and storytelling were dictated by toy lines and parental associations rather than writers and directors.