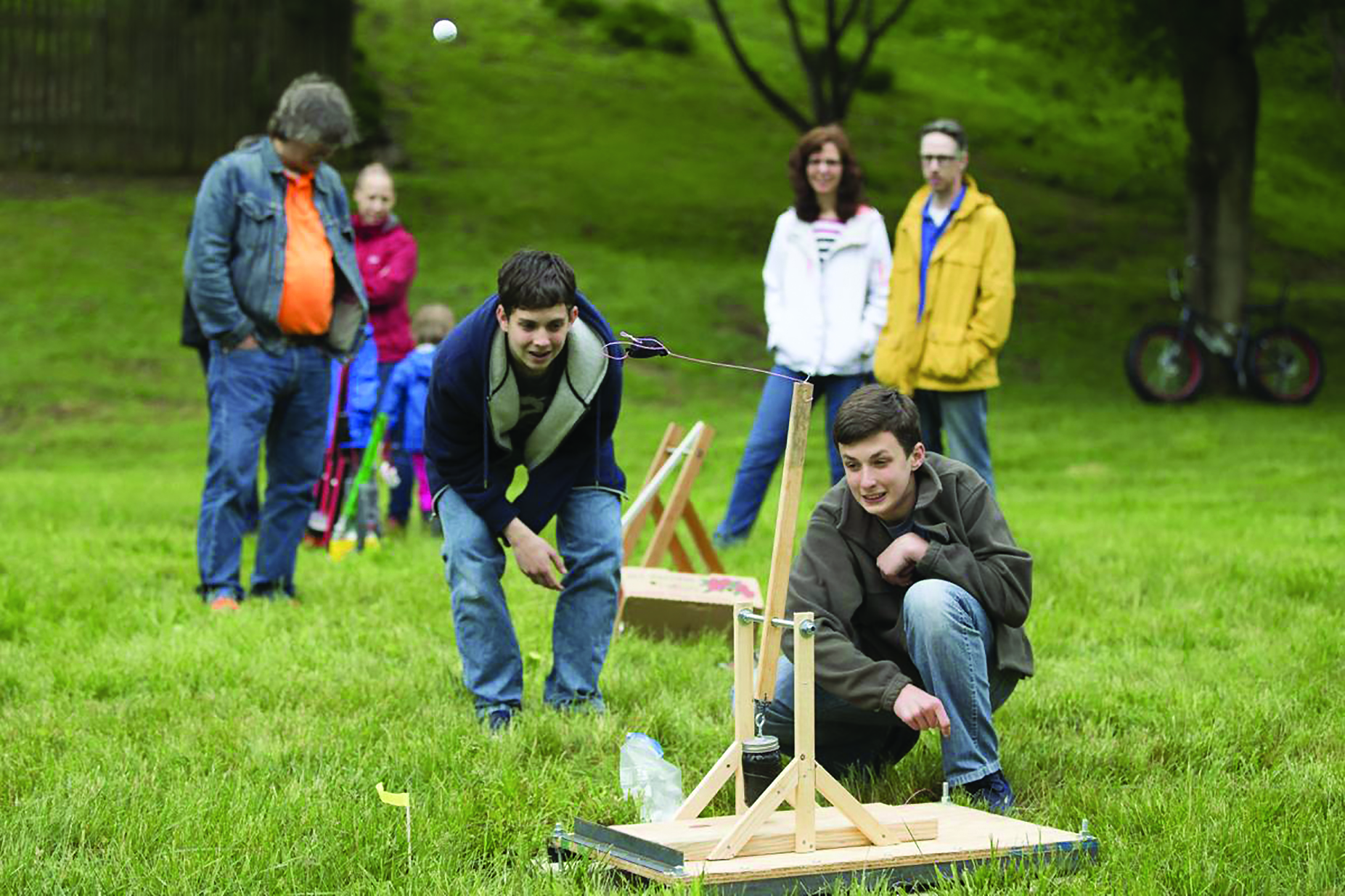 Bring your own handcrafted trebuchet and test it against your fellow competitors! Registration begins at 9:30.

Categories to Enter: Juvenile and Adult

what is a trebuchet?

A trebuchet, for those not familiar with the term, was a popular element in medieval siege warfare. Trebuchets hurled missiles at town walls and castle defenses, with the aim of knocking holes large enough to let the invaders come through. They were often given names, a tradition we carry on in this competition.

Unlike a catapult, a trebuchet uses weight instead of tension on a cord to throw its load. A cord or rope can only stretch so far, but there isn't a practical limit on how heavy weight can be, so trebuchets were usually much more powerful than catapults.

How to Make a Trebuchet , opens a new window 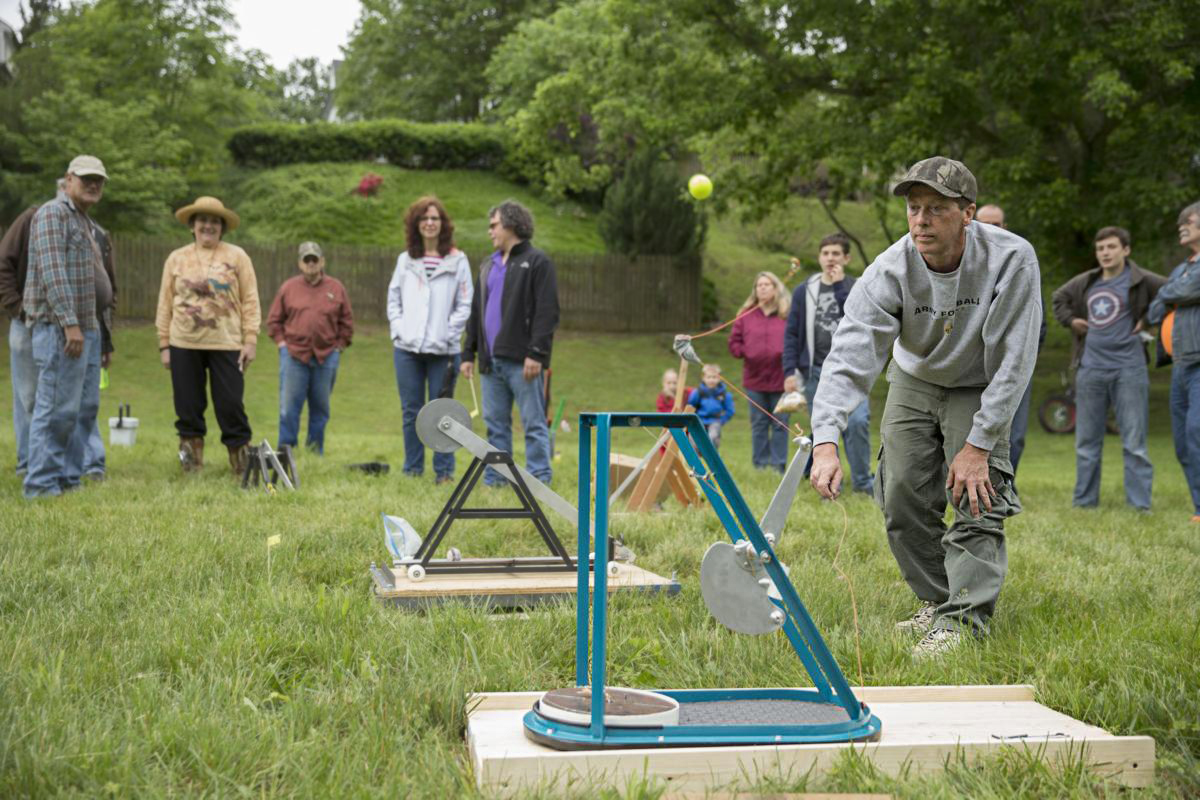