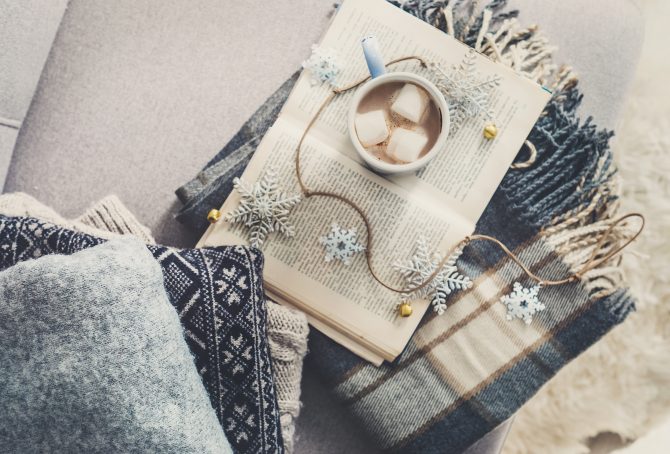 Though winter can sometimes be dreary, for readers in our area, it’s an exciting time because it means the Adult Winter Reading Challenge is underway at Central Rappahannock Regional Library.

I’m halfway to meeting the challenge of finishing four books and am having a fun time following the challenge’s Facebook page, where there are great articles and people are posting their “mug shots” when they reach their goals and pick up one of those gorgeous Winter Reading Challenge mugs from the library.

Besides the beautiful mug, the best part of the challenge is that participants can read anything they want, so I’d like to recommend some young adult books that are great for adult readers.

If you are inspired to read one and are participating in the Winter Reading Challenge you can count these toward the four books needed to meet the challenge.

The Book of Dust

I am a big fan of Pullman’s The Golden Compass and was excited to learn he was writing a prequel. I was a little worried, though, that it wouldn’t be as good as the original—that it wouldn’t have the same balance of darkness and hope or as compelling characters. The Book of Dust is everything I’d hoped for. There is the same ever-present looming danger that sometimes erupts into real danger for the characters, along with the steady message that one must do what is right even if it means risking your life.

In The Book of Dust, the heroine of The Golden Compass, Lyra, is just a baby and under the protective care of a group of nuns. Evil forces are at work already, however, and baby Lyra is in danger. Malcolm, a neighbor boy who sometimes helps the nuns, becomes an inadvertent hero when he rescues Lyra. Trying to get her to safety proves much more difficult, as he has to battle a flood that has struck the town, as well as the threatening thugs on his trail.

Children of Blood and Bone

Magic disappeared from Orisha 11 years ago, when the king took away or killed all the magi.

Zaeli’s mother was among the victims, and she has clear memories of the day her mother died. Being a Diviner, a child of the fallen magi, Zaeli suffers ridicule, hatred and constant threat from the king’s officials. When Zaeli’s family needs to quickly come up with money to pay a new tax for housing Diviners, she and her brother are pulled into a series of events leading to a quest that will change their lives.

This is a powerful story of family loyalty, loss, what it takes to stay true to your beliefs and how far some will go when vengeance has seized their souls.

Rumi and Lea are sisters and close in every way. When Lea is killed in a car accident, both Rumi and her mom are devastated. Overcome with grief, Rumi’s mom sends her to spend the summer with an aunt in Hawaii. Rumi feels abandoned by her mother when she needs her most, which adds another layer of pain on top of that left by the loss of her sister. Rumi’s pain is raw, angry and unpredictable. Her aunt and neighbors in Hawaii want to help her, but Rumi either doesn’t want any help or doesn’t know what kind of help she needs.

The portrayal of Rumi’s grief and pain and how she deals with it (or doesn’t deal with it) are realistic both in the dark and sometimes comic moments.

While the story is one of loss, it is softened somewhat by the beautiful setting, and we get to learn more about Hawaii as Rumi experiences its food, dialect, gardens, beaches, and way of life.

Darcie Caswell is Youth Services Coordinator for Central Rappahannock Regional Library.
This column was first published in The Free Lance-Star newspaper and is reprinted here with their permission.