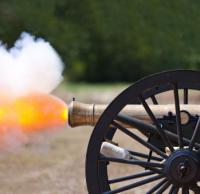 More than 150 years ago, life was turned upside-down for residents in our communities. Stafford County was occupied by Union troops. Fredericksburg changed hands many times between Union and Confederate and was the scene of one of the bloodiest battles of the Civil War. Spotsylvania County had the battles of Spotsylvania Courthouse, the Wilderness, and Chancellorsville. Thousands of men encamped and fought here. Many died here. Our state—even just our own area—has some of the most fought-over ground in the country.

With so much of Civil War history taking place right where we live, it’s great to be able to explore more about the places that were historically so important.  When you are asked to do a report on the Civil War, think local. If you want to begin with an overview of the battles, consider starting with Civil War: Battles and Leaders, edited by Aaron R. Murray. It’s a pretty short book, but it does cover a lot of ground in an interesting way. Other good choices are found in a series by James R. Arnold and Roberta Wiener: On to Richmond: The Civil War in the East, 1861-1862, This Unhappy Country: The Turn of the Civil War, 1863, and Lost Cause: The End of the Civil War, 1864-1865.

The following battles happened close by. Most sites have museums or even whole parks you can visit if you want to see where it all happened and learn more. The parks’ Web sites also have a lot of useful information. 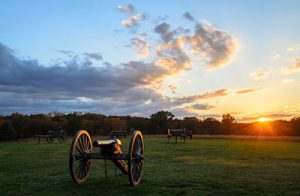 This early on in the conflict, a lot of people couldn’t believe that the war was a serious business. For the first major land battle of the Civil War, people came in from Washington, D.C., with picnic lunches thinking they could watch a good show. It wasn’t any kind of light-hearted show. It was cannon, horse, rifle, bayonet charges and a blood bath with mostly inexperienced troops facing off against each other, often in panic. There was at least one obvious exception: Confederate commander Thomas Jackson who earned the nickname “Stonewall” that day for the way his troops held their ground. It was Confederate victory that was known to the victors as First Manassas for the nearby city and by the losers as Bull Run for the nearby river.

The Battle of Bull Run: An Interactive History Adventure by Allison Lassieur (nonfiction)

The War Is On! Battle of First Bull Run by Hama and Wagner (nonfiction graphic novel) 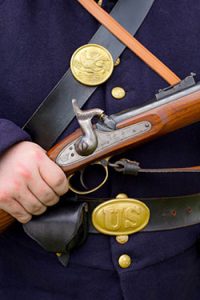 The USS Monitor and the CSS Virginia were among the very latest in steamship designs, having iron outer plating to make them harder to sink in battle.  The Merrimack/Virginiahad originally been a Union ship brought up from the bottom of the river and was refitted by the Confederates and renamed the Virginia, but history books written in the North still insisted on calling it the Merrimack.  The two ironclads only met once, but their “duel” has had a lot of history books written about it. On March 8, 1862, the Confederate Virginia/Merrimack came down the Elizabeth River to Hampton Roads to successfully attack the Union blockading fleet. But the next day, the Virginia had to face the newly-arrived Monitor. The Monitor was more maneuverable, but the Virginia had more firepower. Ultimately, the Monitor was able to keep the Virginia from destroying any more wooden-hulled Union ships in the Hampton area.

Duel of the Ironclads: The Monitor vs. the Virginia, by Patrick O’Brien (nonfiction)

Iron Thunder: The Battle Between the Monitor & the Merrimac: A Civil War Novel by Avi (fiction) 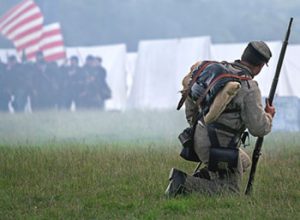 Fredericksburg is built on a river’s fall line, which means the land surrounding the town is somewhat hilly. It was on these hills that the Confederate Army entrenched—Marye’s Heights, it is called. In those December days, the town below had been filling up with “blue bellies” as the Confederates nicknamed the Union soldiers who crossed the Rappahannock under sniper fire—and many of whom looted the houses and businesses they found there. When the foolish order came to charge the Heights, the Union was handed a decisive defeat; so many were lost that General Lee remarked, “It is well that war is so terrible—otherwise we would grow too fond of it.”

The Journal of Rufus Rowe: Witness to the Battle of Fredericksburg by Sid Hite (fiction)

War So Terrible: A Popular History of the Battle of Fredericksburg by Donald C. Pfanz (nonfiction) 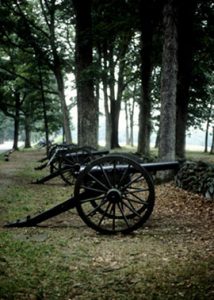 Union Major General Hooker had twice the number of men in his Army of the Potomac that Confederate General Robert E. Lee had in his Army of Northern Virginia. The Confederates won the battle, but they lost one of their greatest strategists, General Thomas “Stonewall” Jackson as a result of friendly fire. Lee said he had lost “his right arm” when he lost Jackson.  On May 3, the Second Battle of Fredericksburg and the Battle of Salem Church were fought nearby on the second bloodiest day of the Civil War—Antietam being the first. Abraham Lincoln was shocked at the loss, but it was something of a hollow victory for General Lee. He had won, but as he had fewer men to begin with, he had lost more men than he could afford. Chancellorsville was named for a house owned by the Chancellor family that was destroyed in the battle. The famous novel, The Red Badge of Courage, was set during the Battle of Chancellorsville.

The Battle of Chancellorsville by Zachary Kent (nonfiction) 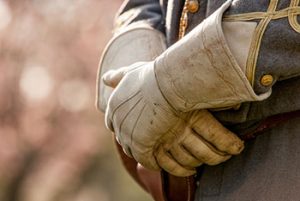 This was the first battle of Union General Grant's Overland Campaign which was designed not so much to take Richmond as to destroy Lee's army. It was

part of a coordinated offensive strategy and was fought over much of the same ground as the Battle of Chancellorsville in Spotsylvania County. It is considered that the South had the better tactics, but as part of the North's long-range plan to grind down the Confederates, it was extremely effective. Most historians call it a draw. Grant retreated from the battlefield, but his army remained in play to make other attacks further south. 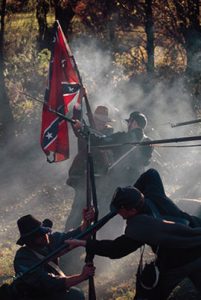 The South may not have had the industry of the North to take care of its army’s needs, but it did have one very unusual resource—elite military schools where boys and young men learned the art of soldiering while also getting a solid education. As the war rolled through Virginia, many of the cadets (students) at the Virginia Military Institute wanted to join their older brothers in the fight, but they were considered to be too young—until the enemy arrived on their doorstep. The VMI Cadet Corps (over half of whom were freshmen “rats”) marched 81 miles in four days.

They were not expected by their commanding officer to have to fight, but when a gap opened in the lines that would have led to defeat, the commanding officer felt he had to send them. “Put the boys in,” said Breckinridge, “And may God forgive me for that order.” The cadets met the Union charge on the field soaked with rain and turned it back. Of the 257 cadets who were called in, 47 were wounded and ten were killed outright or died of wounds.

According to Colonel Keith Gibson, Director of the VMI Museum, the Institute's cadets participated in 15 engagements in the Civil War but have consciously chosen to only fly one battle streamer--that for the Battle of New Market.

Cadets at War: The True Story of Teenage Heroism at the Battle of New Market, by Susan Provost Beller (nonfiction) 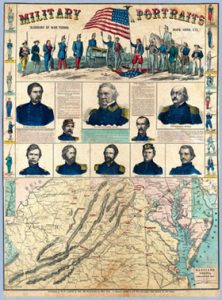 Richmond was the capital of the Confederacy during most of the Civil War, and it was always a prime target for Union troops. Tredegar Iron Works was located there, at the fall line of the James River.  It produced much of the iron for the South, including the armor used to plate the CSS Virginia. Richmond was threatened by the Seven Days Battles in late June and early July of 1862, but it was not captured until the arrival of General Grant’s forces on April 2, 1865. During the War, the city knew famine and at its close, the retreating Confederate Army set fires that destroyed approximately 25 percent of the buildings. Today, there are many reminders of its Civil War days: the American Civil War Museum, the many statues along Monument Avenue, the Confederate Memorial Chapel, Hollywood Cemetery, and Tredegar Iron Works, to name but a few.

The American Civil War Museum, Confederate White House and Museum of the Confederacy 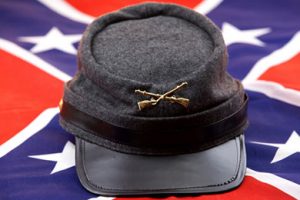 On April 9, 1865, Confederate General Robert E. Lee, cut off from his supply trains that had fallen into enemy hands--and with a greatly reduced army--formally surrendered to Union General Ulysses S Grant at Appomattox Court House between Richmond and Lynchburg. The surrender was the end game to a week of fighting in the area and also the beginning of the end of the war. His troops exhausted and vastly outnumbered, Lee set out flags of truce. At the small town of Appomattox, four years of war began to be finished. Days of hard fighting, as well as retreats from Richmond and Petersburg, had led to this day. The surrender at Appomattox was used as the model for other Confederate armies’ surrenders in the next three months.

The Southern soldiers were paroled—meaning they were free to go but agreed to fight no more. This included Lee and his generals, and later, when politicians tried to get them tried for treason, Grant insisted this could not be done for they had been properly been given parole. In an instance of generosity, Grant permitted the Confederates to keep their horses and side arms and returned General Lee’s sword—given as to token of surrender—to him. For the rest of his life, Lee would not tolerate an unkind word about General Grant in his presence, and he pushed to reunify the country. Lee gave his farewell address on April 10, and on April 12, in a moving ceremony, 27,805 Confederate soldiers marched by to lay down their arms as the Union soldiers saluted them.

Willie McLean and the Civil War Surrender by Candice Ransom