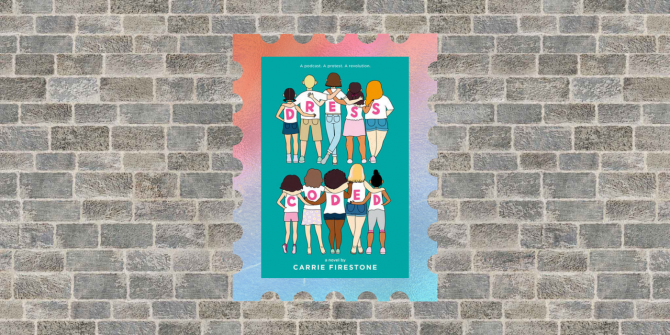 Molly Frost is done! She is so tired of Fisher Middle School’s hardline take on its dress code that she is going to take a stand on this issue. She begins with a podcast where she talks about the dress code's unfairness--such as one girl being reprimanded even though another girl was wearing the same pair of shorts without any problems.

As her podcast audience grows, Molly is joined by other girls as they take a stand for changing the rules, but their efforts still fail to get Fisher Middle School’s administration to notice. This prompts her to use other methods to get her principal’s attention, including deliberately breaking the dress code and trying to reach the school superintendent.

While the dress code is a pretty big worry for her, Molly also has to contend with other issues. Her family is living on edge as her brother struggles with a vaping addiction. Molly also has to deal with friendship and dating problems.

This is a realistic fiction novel that is occasionally written through transcripts, letters, and bullet points. While Dress Coded does focus more on girls, it can be applicable to all middle schoolers because it discusses universal issues that many face, such as drug addiction, sexuality, and unrequited love.