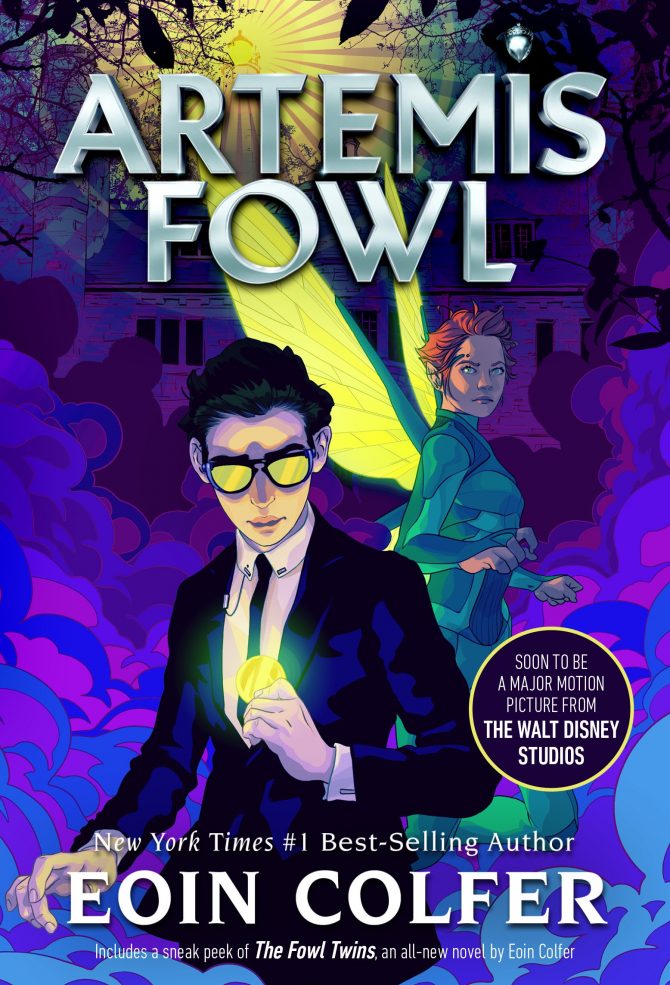 by Eoin Colfer: When a twelve-year-old evil genius tries to restore his family fortune by capturing a fairy and demanding a ransom in gold, the fairies fight back with magic, technology, and a particularly nasty troll.

Artemis Fowl is an upcoming American fantasy adventure film based on the first two novels in the series of the same name by Eoin Colfer. The film stars Ferdia Shaw, Lara McDonnell, Tamara Smart, Nonso Anozie, Josh Gad, and Judi Dench. It will be released by Walt Disney Studios Motion Pictures on August 9, 2019.

If you want another magical adventure, check out these upper-elementary chapter books.