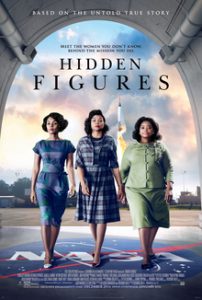 Before a computer became an inanimate object and before Sputnik changed the course of history, before the Supreme Court case Brown v. Board of Education established that separate was in fact not equal, and before the poetry of Martin Luther King Jr.'s "I Have a Dream" speech rang out over the steps of the Lincoln Memorial, a group of black women working at the Langley Memorial Aeronautical Laboratory in Hampton, Virginia were helping America dominate aeronautics, space research, and computer technology, carving out a place for themselves as female mathematicians who were also black, black mathematicians who were also female. Hidden Figures is their story. (from hiddenfigures.com)

If you're looking for more titles like Hidden Figures, check these out! These selections include the history of the Space Race and women's achievements in science and other fields of STEM.