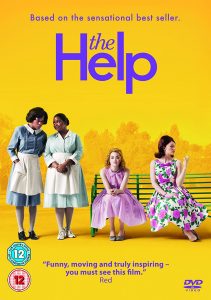 In Jackson, Mississippi, in 1962, there are lines that are not crossed. With the civil rights movement exploding all around them, three women start a movement of their own, forever changing a town and the way women - black and white, mothers and daughters - view one another.

The Help is a 2011 American period drama film. The film features an ensemble cast, including Jessica Chastain, Viola Davis, Bryce Dallas Howard, Allison Janney, Octavia Spencer and Emma Stone. Touchstone Pictures released The Help worldwide, with a general theatrical release in North America on August 10, 2011. The film was a critical and commercial success, receiving positive reviews. The Help received four Academy Award nominations including Best Picture, Best Actress for Davis, and Best Supporting Actress for both Chastain and Spencer, with the latter winning the award. The film also won the Screen Actors Guild Award for Outstanding Performance by a Cast in a Motion Picture.

If you like The Help, check out these books with similar themes.

View more suggestions for The Help.