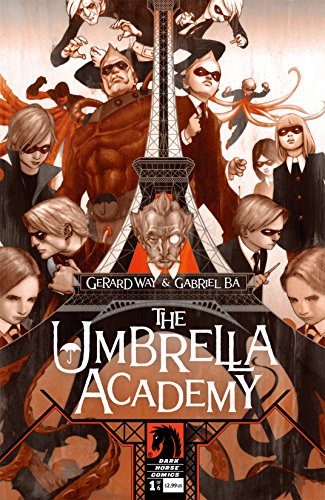 In an inexplicable worldwide event, forty-seven extraordinary children were spontaneously born by women who had previously shown no signs of pregnancy. Millionaire inventor Reginald Hargreeves adopted seven of the children; when asked why, his only explanation was, 'To save the world.' These seven children form The Umbrella Academy, a dysfunctional family of superheroes with bizarre powers. Nearly a decade later, the team disbands, but when Hargreeves unexpectedly dies, these disgruntled siblings reunite just in time to save the world once again.

The Umbrella Academy is an American web television series developed by Steve Blackman for Netflix. It is an adaptation of the comic book series of the same name, created by Gerard Way and Gabriel Bá, and published by Dark Horse Comics. The ensemble cast features Ellen Page, Tom Hopper, David Castañeda, Emmy Raver-Lampman, Robert Sheehan, Aidan Gallagher, and Mary J. Blige. The first season was released on February 15, 2019.

If you're looking for a graphic novel involving a band of misfits, their fantastical life stories, and sometimes saving the world, check out these suggestions.