Chinese New Year begins Tuesday, February 1. There are 12 Chinese zodiac animals used to represent years, and 2022 is the Year of the Tiger. These zodiac signs are believed by some to determine a person's fortune for the coming year, marriage compatibility, career fit, and more. The Chinese zodiac cycle repeats every 12 years, making it easy to figure out which one applies to your birth year.

Tigers are the third of the Chinese zodiacs. According to legend, Tiger was confident that no one could compete with its speed and vigor for the celestial race that would decide the order of the zodiacs. However, when Tiger climbed out of the river, thinking it was first, it was informed that Rat placed first for its cunning and Ox placed second for its diligence. This left the king of the jungle having to settle for third place. (from chinesenewyear.net)

Check out one of these recommended fiction reads that go with your Chinese Zodiac sign!

Book summaries are from the publishers. 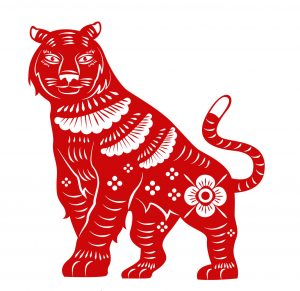 Outlawed by Anna North
1894. The day of her wedding, 17-year-old Ada's life looks good; she loves her husband, and she loves working as an apprentice to her mother, a respected midwife. But after a year of marriage and no pregnancy, in a town where barren women are routinely hanged as witches, her survival depends on leaving behind everything she knows. She joins up with the notorious "Hole in the Wall" Gang, a band of outlaws led by a preacher-turned-robber known to all as the Kid. Charismatic, grandiose, and mercurial, the Kid is determined to create a safe haven for outcast women. But to make this dream a reality, the Gang hatches a treacherous plan that may get them all killed. And Ada must decide whether she's willing to risk her life for the possibility of a new kind of future for them all. 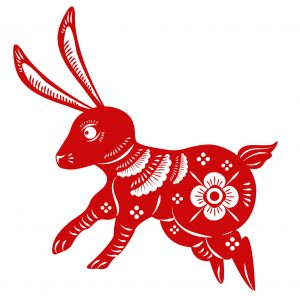 Transcendent Kingdom by Yaa Gyasi
Gifty is a fifth year candidate in neuroscience at Stanford School of Medicine studying reward seeking behavior in mice and the neural circuits of depression and addiction. Her brother, Nana, was a gifted high school athlete who died of a heroin overdose after a knee injury left him hooked on OxyContin. Her suicidal mother is living in her bed. Gifty is determined to discover the scientific basis for the suffering she sees all around her. Even as she turns to the hard sciences to unlock the mystery of her family's loss, she finds herself hungering for her childhood faith, and grappling with the evangelical church in which she was raised. 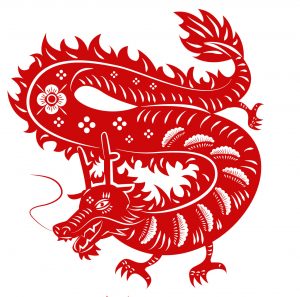 Inés of My Soul by Isabel Allende
Though she was born into poverty, Inés Suárez, a seamstress in 16th-century Spain, embodies the same restless hope and opportunism that fuels her nation's conquest of the Americas. Learning that her shiftless husband has vanished, Inés uses his disappearance to embark on her own adventure. It is a journey will lead her to Pedro de Valdivia - a conquistador who becomes the first royal governor of Chile - and to a love that not only changes her life but the course of history. 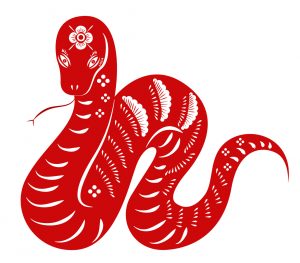 A Marvellous Light by Freya Marske
Robin Blyth has more than enough bother in his life. He's struggling to be a good older brother, a responsible employer, and the harried baronet of a seat gutted by his late parents' excesses. When an administrative mistake sees him named the civil service liaison to a hidden magical society, he discovers what's been operating beneath the unextraordinary reality he's always known. Now Robin must contend with the beauty and danger of magic, an excruciating deadly curse, and the alarming visions of the future that come with it-not to mention Edwin Courcey, his cold and prickly counterpart in the magical bureaucracy, who clearly wishes Robin were anyone and anywhere else. Robin's predecessor has disappeared, and the mystery of what happened to him reveals unsettling truths about the very oldest stories they've been told about the land they live on and what binds it. 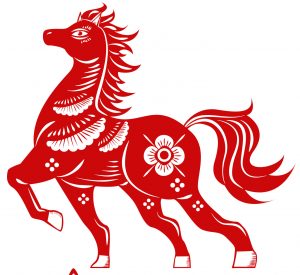 There's No Such Thing as An Easy Job by Kikuko Tsumura
A young woman walks into an employment agency and requests a job that has the following traits: it is close to her home, and it requires no reading, no writing - and ideally, very little thinking. She is sent to a nondescript office building where she is tasked with watching the hidden-camera feed of an author suspected of storing contraband goods. But observing someone for hours on end can be so inconvenient and tiresome. How will she stay awake? When can she take delivery of her favorite brand of tea? And, perhaps more importantly - how did she find herself in this situation in the first place? 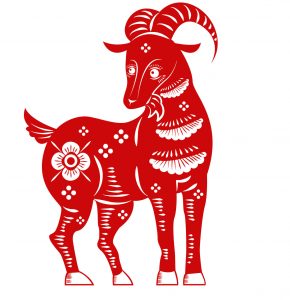 The Wedding Ringer by Kerry Rae
After finding her fiancé in bed with her best friend, Willa now spends her days performing at children's birthday parties in a ball gown that makes her look like a walking bottle of Pepto Bismol. Willa dreams of starting fresh, where no one knows who she used to be, but first she needs to save up enough money to make it happen. Maisie Mitchell needs something too: another bridesmaid for her wedding. After a chance encounter at a coffee shop, Maisie offers to pay Willa to be in her bridal party. Willa wants nothing to do with weddings - or Maisie - but the money will give her the freedom to start the new life she so badly desires. Willa's bridesmaid duties thrust her into Maisie's high-energy world and into the path of hotshot doctor Liam Rafferty. But as Willa and Maisie form a real friendship, and Liam's annoyingly irresistible smile makes her reconsider her stance on dating, Willa's exit strategy becomes way more complicated. 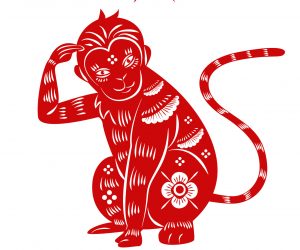 Paradise, Nevada by Dario Diofebi
On Friday, May 1st, 2015 a bomb detonates in the infamous Positano Luxury Resort and Casino, a mammoth hotel (and exact replica of the Amalfi coast) on the Las Vegas Strip. Six months prior, a crop of strivers converge on the desert city, attempting to make a home amidst the dizzying lights: Ray, a mathematically-minded high stakes professional poker player; Mary Ann, a clinically depressed cocktail waitress; Tom, a tourist from the working class suburbs of Rome, Italy; and Lindsay, a Mormon journalist for the Las Vegas Sun who dreams of a literary career. By chance and by design, they find themselves caught up in backroom schemes for personal and political power, and are thrown into the deep end of an even bigger fight for the soul of the paradoxical town. 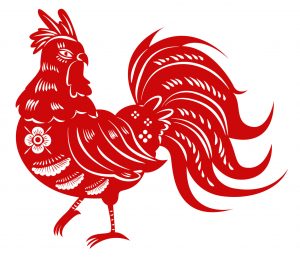 When We Were Young & Brave by Hazel Gaynor
China, December 1941. Elspeth Kent left England for a teaching post at a missionary school in northern China. Ten-year-old Nancy Plummer has always felt safe at Chefoo School, protected by her British status. When Japan declares war on Britain and America, Japanese forces take control of the school. Nancy and her friends face privation, uncertainty and fear. The children look to their teachers - to Miss Kent and her new Girl Guide patrol especially- to provide a sense of unity and safety. Sent to a distant internment camp, even greater uncertainty and danger await. 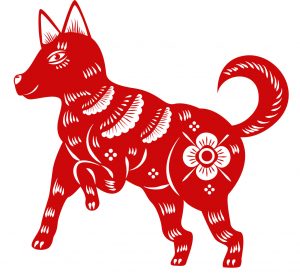 Never Far Away by Michael Koryta
Once a wife, mother, and witness to a gruesome crime, Leah Trenton was extended a miraculous olive branch in the form of the state's protected witness program. But for this second chance at life, Leah would have to leave behind her Midwestern roots to the northernmost tip of Maine. Alone and isolated along the banks of the Allagash River, she is determined to focus on the present, on her reclaimed future, but the demons of her past are relentlessly chipping away at Leah's protected hideaway. Meanwhile, in the wake of their father's untimely death, Leah's children are sent to stay with her, though they are desperate to return back home. They embark on a cross country homeward journey but before they reach their destination, danger finds them and it is Leah who must come out of her seclusion to search for and protect her children. 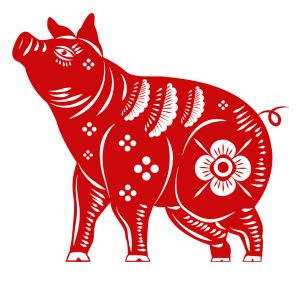 The Maid by Nita Prose
Molly Dunn is not like everyone else. She struggles with social skills and interprets people literally. Her gran used to interpret the world for her, codifying it into simple rules that Molly could live by. Since Gran died a few months ago, twenty-five-year-old Molly has had to navigate life's complexities all by herself. No matter - she throws herself with gusto into her work as a hotel maid. But Molly's orderly life is turned on its head the day she enters the suite of the infamous and wealthy Charles Black, only to find it in a state of disarray and Mr. Black himself very dead in his bed. Before she knows what's happening, Molly's odd demeanor has the police targeting her as their lead suspect and she finds herself in a web of subtext and nuance she has no idea how to untangle. 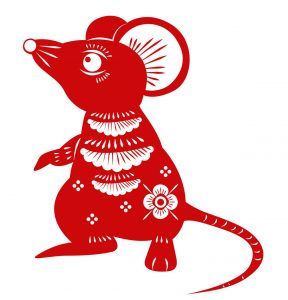 The Stolen Lady by Laura Morelli
France, 1939. At the dawn of World War II, Anne Guichard, a young archivist employed at the Louvre, arrives home to find her brother missing. While she works to discover his whereabouts, refugees begin flooding into Paris and German artillery fire rattles the city. Once they reach Paris, the Nazis will stop at nothing to get their hands on the Louvre's art collection. Anne is quickly sent to the Castle of Chambord, where the Louvre's most precious artworks - including the Mona Lisa - are being transferred to ensure their safety. With the Germans hard on their heels, Anne frantically moves the Mona Lisa and other treasures again and again in an elaborate game of hide and seek. 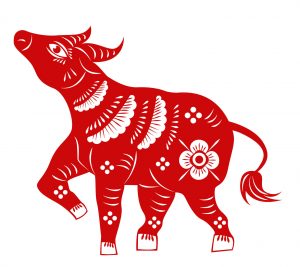 A River Called Time by Courttia Newland
The Ark was built to save the lives of the many, but rapidly became a refuge for the elite, the entrance closed without warning. Years after the Ark was cut off from the world - a world much like our own, but in which slavery has never existed - a chance of survival within the Ark's confines is granted to a select few who can prove their worth. Among their number is Markriss Denny, whose path to future excellence is marred only by a closely guarded secret: without warning, his spirit leaves his body, allowing him to see and experience a world far beyond his physical limitations. Once inside the Ark, Denny learns of another with the same power, whose existence could spell catastrophe for humanity.