Nothing sordid, vulgar or plebian 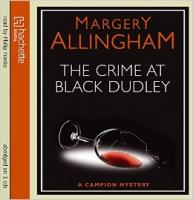 Campion first appears as a side character in The Crime at Black Dudley, but he was so insistently present throughout the story that Allingham made him the central figure in all subsequent books. He has been described as thin, blond, and the “black sheep” in an aristocratic family. He also has the ability to school his face into a deceptively blank and unintelligent look, which causes those around him to underestimate his abilities and allows him more freedom in which to work.

While the first few books in which Campion stars are more adventures than true mysteries, later books abound in clues and good old-fashioned sleuthing. From protecting a national treasure to finding a murderer to preventing sabotage and mayhem during World War II to capturing a cunning killer, Campion is always in the thick of the action, even when it seems as if he’s not even in the scene.

Author Margery Allingham was born in England in the early 1900s to a family where all scribbled, penned, and composed in some fashion or another. According to Allingham, "My father wrote, my mother wrote, all the weekend visitors wrote, and as soon as I could master the appallingly difficult business of making the initial marks, so did I." She began writing at the age of 15 and continued in various forms until her death in 1962. 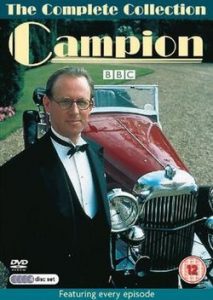 Campion’s creator began her novels in the 1930s, the same time period in which Dorothy L. Sayers, Agatha Christie, and Ngaio Marsh were also writing their detective fiction. While other mystery writers of the time focused on puzzles and how the crime occurred, Allingham was more concerned with the motives and the people involved. Her characters are quirky, enjoyable, and always memorable—Magersfontein Lugg, former burglar and Campion’s manservant/butler; Stanislaus Oates, a chief inspector of Scotland Yard; Inspector Luke, Oates’ protege; and Amanda Fitton, whom Campion first meets as a 17-year-old in Sweet Danger and then meets again years later in The Fashion in Shrouds, by which time she has become an engineer, aiding in the war effort.

Despite some of the crazy plots, Allingham’s books are worth reading and rereading. Her characters and the situations they wrestle with are not just period pieces from the 1930s and 1940s, but are real men and women, dealing with the kinds of problems each generation must face. Underneath the light-hearted, seemingly superficial novels are timeless truths and issues many of us encounter - although usually in more minor ways - and the varying approaches we can take for good or for ill. Anyone who is of the opinion that detective fiction is merely a time-filler should try reading the Campion mystery series.

If you'd like to meet Campion in his screen persona, CRRL owns volumes 1 and 2 of the BBC Campion series, starring Peter Davison. These episodes are based on Margery Allingham's books.