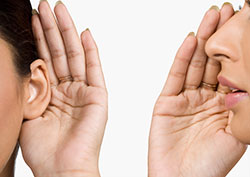 Sound travels in waves, much like those that roll across the ocean, to give our ears information which we may or may not understand. These sound waves are very much like those that light uses, too, whether it’s the (mostly) steady flow of light from the Sun or spectacular 4th of July fireworks which combine light and sound for an amazing night of excitement.  But sound waves are also used for communication amongst humans and amongst other life forms to tell about important things (Predator coming!) and not so important things (the bus is late—again!).

When we cannot see, sound can be used to know where we are and to help us find our way. This can be as easy as listening for the sound of traffic if you are lost in the woods or as sophisticated as using sonar to find sunken treasure or enemy vessels. There are certain animals, such as bats, that don’t rely on their sense of sight very much at all. Living mostly in the dark, they use their own sonar to know where they are.

Then there is music, both the kind we make and the kind you hear around you outside—cricket noises (weird fact: they listen with eardrums on their legs!), bird songs, even bullfrogs use what we might consider a musical sound as an important part of their lives. We make music, too, lots of it, and how it sounds communicates so much through differences in rhythm, pitch, and more. This music we make and listen to transfers emotional information often without any words being needed.

Learn more about the science behind sound with these books, databases, and Web sites:

You will need your CRRL library card number to use these databases.

Subject browse: Science – Physics (view subcategories) – Sound for a basic article. Look to the left column for articles on the details of sound.

Try choosing the Chemistry & Physical Sciences category Waves for background on the Doppler effect. The magazine section has information on how sound travels through different materials, musical instruments’ sound properties, and how to use some people are using sound waves to make ice cream.

More to Explore in the Library: 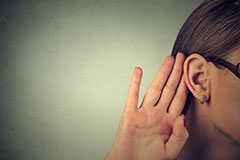 Presents over seventy experiments designed to demonstrate the properties of light and sound and explain the science behind them, covering such topics as wavelengths, color spectrums, vibration, and air particles.

Nuclear Submariners by Antony Loveless
Looks at what life is like for the men who live and work together on these boats; what the inside of a nuclear submarine looks like and how it works; how the sea gives the submariners all the air they need to breathe while underwater; and how they fight the boat while they hunt other submarines. Includes a chapter on sonar.

Secrets of Sound: Studying the Calls and Songs of Whales, Elephants, and Birds by April Pulley Sayre
Examines the work of several bio-acousticians, scientists who study the sounds made by living creatures, discussing the results and importance of their research.

Sound Projects with a Music Lab You Can Build by Robert Gardner
All musical instruments use fundamental properties of physics to produce their sounds. In this instructive manual, Robert Gardner explains how to build homemade versions of a variety of instruments, all while learning about frequency, vibration, harmonics, and more. Scattered throughout are suggestions for expanding ideas presented in the book to science fair projects.

Using Sound by Sally and Adrian Morgan
Introduces readers to the basic principles and the various methods of creating, collecting, and transferring sound. Comparisons are drawn between nature and the complex technologies of medicine, telecommunications, and sonar.

"How Do Different Animals Hear?"
Watch and listen to examples of animals' senses of hearing—dogs, barn owls, and pigeons—as explained in this short animation.

“Beastly Babble” National Center for Voice and Speech
Talks about how certain animals (dogs, birds, and dolphins) produce sounds and their characteristics.

Dolphin Sounds and Acoustics
Dolphins are some of the chattiest creatures on the planet.  They use sound to communicate and navigate. They can use echolocation to find 3-inch objects across the length of a football field. There's also some evidence they greet each other by name.