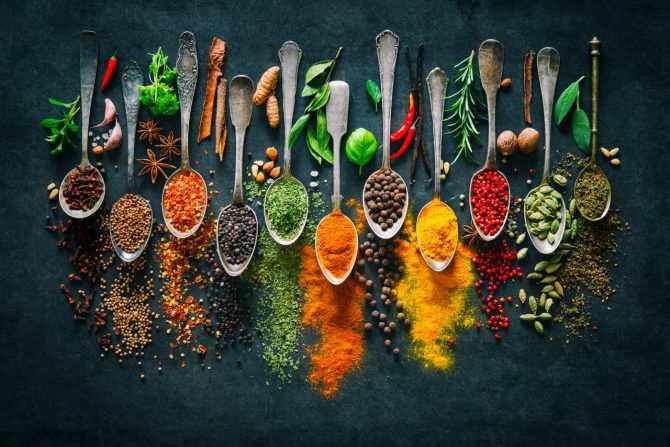 Whether you consider it a melting pot or salad bowl, America’s culinary culture is rich with spices, both savory and sweet. Caraway seeds add piquancy to Jewish rye breads. Paprika, hot or mild, gives Hungarian stews and meats warmth and subtlety. Vanilla, theoretically the blandest of flavors, is intrinsic to many beloved forms of chocolate, cookies, cakes and even tea and coffee.

Indian spice blends, named curries when made up for Europeans, vary from district to district, from mellow to fiery. In Ethiopia, a berbere spice combination may take a dozen different ingredients - typically including chiles, allspice, cardamom, and fenugreek - to create an unforgettable flavor.

From books that survey spices' general uses to books about specific regions' spices and cuisine and the sometimes violent history of spices, these tales of many flavors are intriguing. Included is one magical-realism novel that very much centers on the enchantment of spice.

A book for young readers that illuminates where spices come from, what they are used for, and a bit of their history.

A seasoned raconteur, John O'Connell delves into the many ways spices have left their marks on civilization, including in the fields of art, religion, medicine and science. Vignettes galore.

Spices were a key component to preserving foods. Although not as common as they once were, those flavors are distinct and frequently delicious. Learn how to employ spices and other techniques as a matter of gourmet practicality.

Looking beyond well-known, modern uses for spices, Dalby delves into their histories and reputations--some of which were perhaps unsavory. From the coveted spittle of sleeping sea dragons to hot chocolate deliberately dyed the red of blood, various cultural influences add intrigue to this culinary history.

India has absorbed the flavors and techniques of the many cultures which encountered it. Going beyond Indian cuisine as known to Americans (mostly Punjabi), Eating India opens a much wider culinary world to its readers.

A practical--and alphabetical--guide to a world of spices, from the host of Top Chef. Check it out to see if you want to add your own copy to your kitchen bookshelf.