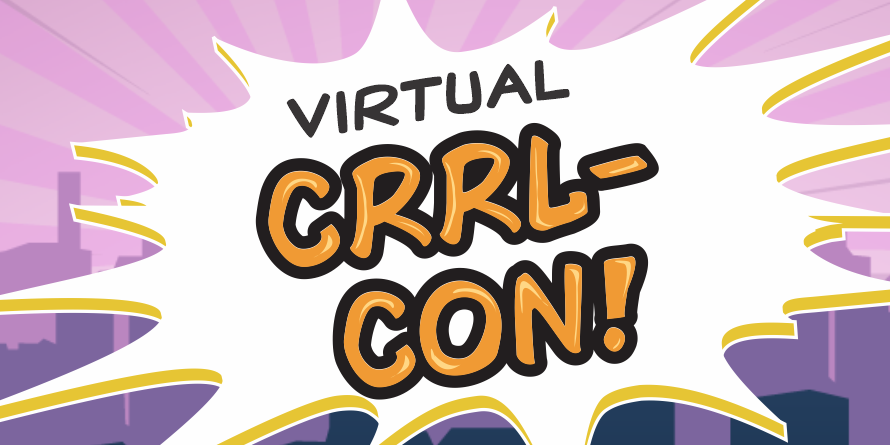 Browse our selection of Marvel-ous activities, games, tutorials, and more for fans of all ages. 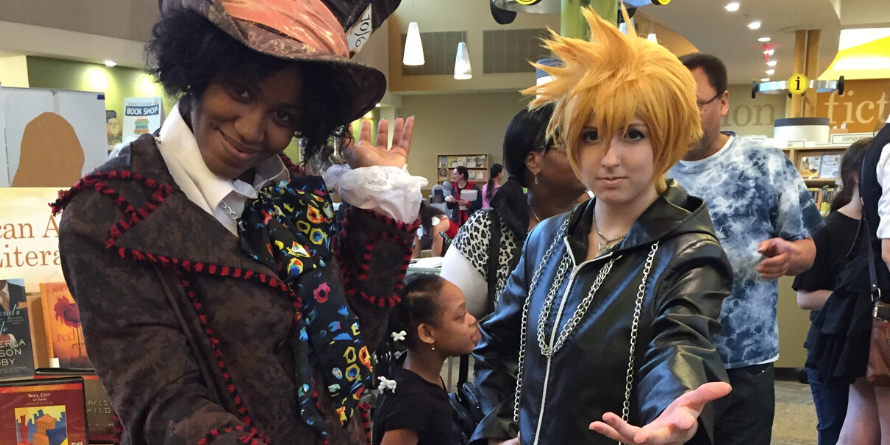 Comics and Graphic Novels for Adults

CRRL-Con had gone virtual this year. Join the fun by checking out these eBook comics and graphics novels!

May The Force Be With You

May the Force Be With You

Comic Book Plus
Read and download Golden and Silver Age comic books and a growing selection of comic strips and pulp fiction.

Library of Congress Webcomics Archive
Webcomics selected  include award-winning comics as well as webcomics that have significance in the field, including work by artists and subjects not traditionally represented in mainstream comics. The content of these websites is captured as it was originally produced and may include content that is not suitable for all ages.

Webtoons
An open platform where creators can publish their comics and connect with millions of readers around the world.

Manga 101
Learn some of the terms, check out the recommended websites, and save the titles for later!

Build Your Own Volcano

Invention Smithsonian: Do Try at Home

CRRL My Librarian: All the Cosplay!
Check out the recommended websites, and save the titles for later!

Cosplay Tutorials on Instructables (Search the character or prop that you are looking for to get relevant results.)

Accessibility and Inclusion Resources for RPGs

How to Virtually Play RPGs

Learning Coding Concepts Without a Computer

My Librarian: All the Cosplay!

My Librarian Michelle shares cosplay books you can add to your "For Later" shelf and websites for DIY tips and tutorials.

Star Wars Video Clips and Behind the Scenes

Test your pop culture trivia knowledge with these quizzes!

Take a break from the electronics, and bring your favorite games to life with these crafts!

Create Your Own Herbology Classroom

Elliot and Evelyn
Illustrator Dolly Whitley, creator of art prints, pins and more inspired by many of her favorite stories.
(Facebook | Instagram)

Kyle Todd
Author of The Time that Traveled

Batman’s most infamous villain, the Joker, has been a man of many personas in hundreds of storylines. How many forms can he take?
John

Spider-Man has a long history of appearing on screen compared to any other Marvel characters.
John

Learn about Superman and his history on screen through the golden, silver, and modern age.
John

Batman - In the Shadows of the Cinema

One of the oldest recognized superheroes, the Caped Crusader, also has a very long history onscreen.
John

Ready to try out a new manga series? Check this blog out!
Michelle

If you're binge-watching the new Netflix series, why not try these comic books similar to the thrilling superhero series.
Meg

Suggestions on where to start when searching for non-fiction graphic novels for elementary-aged students.
Craig

Doctor Who: After the Relaunch

Read about the evolution of the popular British science fiction series, Doctor Who.
John

It's down to the Endgame now. Here's an in-depth look at some amazing superheroes, featuring the Avengers.
CRRL_VirginiaJ

For the little superheroes in your life, ranging from picture books to chapter books!
CRRLKids

CRRL Picks: Bring on the Villains

Every superhero has his (or her) own nemesis, the supervillain. Get to know some of the best of the worst.
CRRL_VirginiaJ