The 2020 Pulitzer Prize winners were announced Monday, May 4. Check out the winners below. Descriptions are from Pulitzer.org.

The Nickel Boys by Colson Whitehead: "A spare and devastating exploration of abuse at a reform school in Jim Crow-era Florida that is ultimately a powerful tale of human perseverance, dignity and redemption."

This is the author's second Pulitzer Prize in the Fiction category. In 2017, Whitehead received the award for 2016's The Underground Railroad.

A Strange Loop by Michael R. Jackson: "A metaﬁctional musical that tracks the creative process of an artist transforming issues of identity, race, and sexuality that once pushed him to the margins of the cultural mainstream into a meditation on universal human fears and insecurities."

Sweet Taste of Liberty: A True Story of Slavery and Restitution in America, by W. Caleb McDaniel: "A masterfully researched meditation on reparations based on the remarkable story of a 19th century woman who survived kidnapping and re-enslavement to sue her captor."

Sontag: Her Life and Work by Benjamin Moser: "An authoritatively constructed work told with pathos and grace, that captures the writer’s genius and humanity alongside her addictions, sexual ambiguities and volatile enthusiasms."

The Tradition by Jericho Brown: "A collection of masterful lyrics that combine delicacy with historical urgency in their loving evocation of bodies vulnerable to hostility and violence."

The End of the Myth: From the Frontier to the Border Wall in the Mind of America by Greg Grandin: "A sweeping and beautifully written book that probes the American myth of boundless expansion and provides a compelling context for thinking about the current political moment."

The Undying: Pain, Vulnerability, Mortality, Medicine, Art, Time, Dreams, Data, Exhaustion, Cancer, and Care by Anne Boyer: "An elegant and unforgettable narrative about the brutality of illness and the capitalism of cancer care in America." 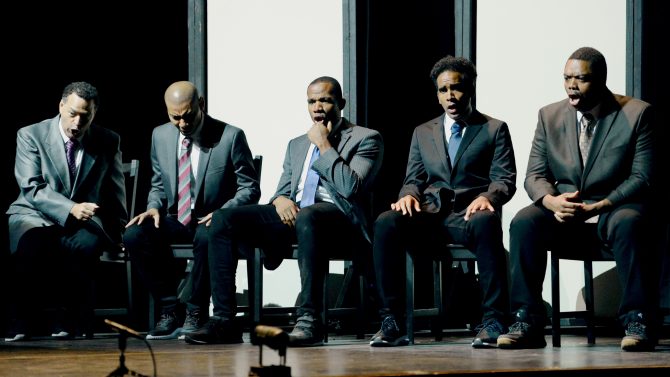 The Central Park Five by Anthony Davis - Opera; Libretto - Richard Wesley. Based on the 1980s New York trial of five African American and Latino teenagers who were in the wrong place at the wrong time.

"Premiered on June 15, 2019, at the Long Beach Opera, a courageous operatic work, marked by powerful vocal writing and sensitive orchestration, that skillfully transforms a notorious example of contemporary injustice into something empathetic and hopeful."

The Pulitzer Prize is given to individuals who have shown excellence in one of a number of literary, journalistic, and artistic categories over the previous year. Medals are awarded to works that accurately depict American life through fiction, nonfiction, and more. The Pulitzer Prize also honors excellence in journalism and news reporting. A formal announcement of the prizes is usually made each April, and the awards are chosen by the president of Columbia University, based upon the recommendations of the Pulitzer Prize Board. Explore the past winners here, opens a new window.