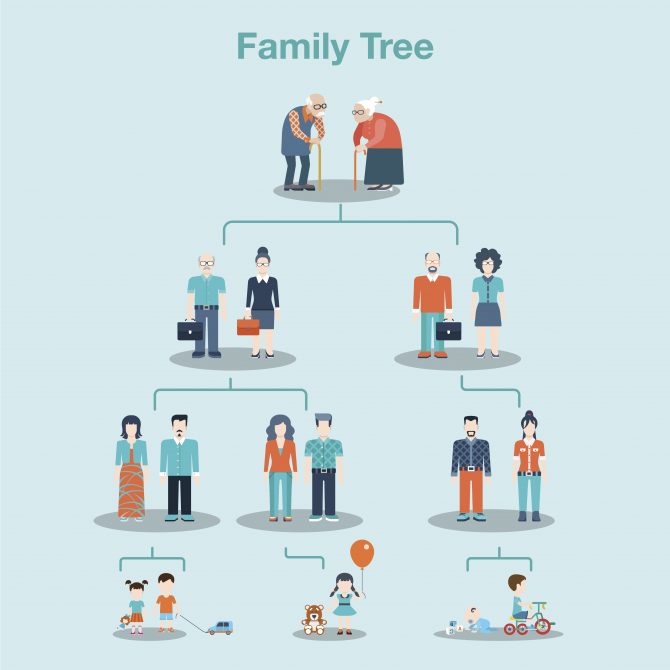 Hunting for your ancestors is a popular hobby these days. There are few things more exciting than finding a famous ancestor or uncovering a juicy family secret. Television shows such as Genealogy Roadshow and Who Do You Think You Are? have encouraged many to seek out their heritage for the first time.

Traditionally, genealogy required many hours spent with old records and travel to other places to find hidden bits of information. Even with many records online and a multitude of websites such as those listed on our Genealogy webpage, family history research can take a lot of time and effort. However, with the advent of inexpensive DNA testing, interest in genealogy has exploded. Test results from a DNA kit can jumpstart research into your family’s heritage and add a burst of excitement to your ongoing genealogy investigation.

Deciding which test to use

There are several types of DNA testing available to the public; some are less expensive than others, and all of them have pros and cons. The most popular sites, such as AncestryDNA,  23andMe, My Heritage DNA, LivingDNA, and Family Tree DNA, use autosomal DNA, which traces both the paternal and maternal lines. They generally cover family history back to six or eight generations and are a great way to get started in searching for your roots. AncestryDNA has a database of more than 10,000,000 people, so the chance of finding a relative is higher than with some other companies, while 23andMe has a health component you can add.

Users of AncestryDNA said that the kit is easy to use and the results came quickly. Some users were hoping for more in-depth information, but many stated that they learned new things about their family, including one woman who found that she is related to the royal family of England! Overall, those who used AncestryDNA stated that their results helped them start or move forward with their genealogical research and connect with others in their family.

For people who are adopted, Ancestry.com’s database of over ten million users has allowed many to find their birth families and make connections with relatives whom they might never have known otherwise. Although I have not done a DNA test, my family tree on Ancestry led to a cousin finding me several years ago. She had been adopted and knew her birth mother’s name, which led her to my family tree. I was able to meet her and share family stories and photographs of her mother as a result of the enormous database of users at  Ancestry.com.

23andMe testing led users to find out more about their families as well as their health. One user said that it was fascinating to see how her DNA confirmed things she already knew about herself, such as whether or not she was a restless sleeper and her finger length. Another user was forewarned that her DNA makes her prone to certain medical conditions.

DNA tests all have fees associated with them, but if you are interested, they often have sales which will reduce the cost. There are a couple of things you may want to keep in mind before taking one of the DNA tests. First, check the options for privacy and sharing of your genetic information. Some companies may give you an opt-out for data sharing or provide more privacy than others. For instance, FamilyTree DNA does not share information with outside researchers at all, and AncestryDNA gives you the option of sharing your results with their other millions of users or keeping it private.

Another issue to consider beforehand is the possibility of a family secret coming to light regarding parentage or heritage. People have uncovered illegitimate births, lost siblings, slave-owning ancestors, and other surprising and sometimes shocking results.

One exciting resource for those who decide to do some DNA testing is GEDmatch.com. By creating a free username and password and uploading your raw DNA data, you may be able to uncover more information about your family without having to use test kits from multiple companies. While there are some tools on the site that cost money, many of them are free to use and may be a good option to get more information from your DNA results.

DNA testing is a great way to advance your genealogy research. If you decide to use one of the kits, be sure to read all of the fine print before testing; then have fun learning more about your family heritage.