Where did you grow up? Did you go to the library as a child?
I grew up in Fairfax County, Virginia—where I live to this day. During my school years, I lived in the school library. Beyond the allure of the canyons of books, it was also the place to do homework and even play cards with my buddies. I must confess, however, that I didn’t spend much time in the local public library. The nearest one to my house back in the day was kind of dreary and intimidating. I got the sense that kids weren’t welcome.

What were your favorite subjects in school?
I’m a liberal arts guy through-and-through. I loved History, Government, English, Geography - all of it. I also enjoyed Biology. Advanced math and science were never my thing.

Who are two of your favorite authors? 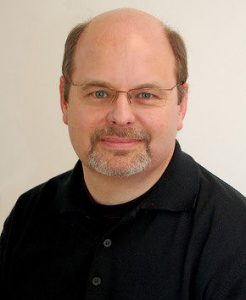 I try not to answer this question directly. I’m an omnivore when it comes to reading, and I’ve found that while I have favorite books, I don’t necessarily have favorite authors. Perhaps it’s because I know so many who are all friends.

What do you like checking out from the library now?
When it comes to paper books, I tend to buy them because I like the permanence of being surrounded by books. Now I primarily use the library for research on-site, and for checking out audiobooks.

What made you decide to set your Jonathan Grave series in the Northern Neck—in the fictional town of Fisherman’s Cove?
As a lifelong Virginian, I wanted to set the series in a place I am familiar with—a place I love. I’ve always been enamored with the Northern Neck in general, and with Colonial Beach in particular. I love the setting on the water, and I love the isolated feel of so much of the surrounding area. Remember, I write thrillers, so it’s always nice to have places to bury bodies that won’t be found.
For my purposes, though, the real Colonial Beach is too big, so I created my own little town of Fisherman’s Cove, kind of a waterside Mayberry, but with a lot of secrets.

John Gilstrap's recent novel, Total Mayhem, is set in the Northern Neck, in the fictional town of Fisherman's Cove, which he describes as "a kind of waterside Mayberry - but with a lot of secrets." Having grown up in Fairfax County, he was familiar with the area and made it the setting for his top-selling Jonathan Grave series. Here are some of his favorite books from other authors.

"Really a collection of novellas, this one contains The Body, which became Stand By Me on the screen, Rita Hayworth and the Shawshank Redemption, perhaps the best story with the worst title in history, and Apt Pupil, which one of the creepiest psychological thriller I’ve ever read."

"I read this one as a middle-schooler and was captivated. It’s a story of courage and of competition between boys that were my age at the time. It’s a book that made me want to write."

"I read this as a middle-schooler, and it was the first time I understood how stories can work on more than one level.""This gets a separate mention because it is nonfiction, and, I think, the best book ever written on the craft of writing."On Writing

"I’m generally not a fan of vampire stories, but this one is amazing."

"This wonderful series got me hooked on mysteries."