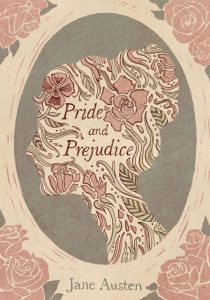 When the wealthy and very eligible bachelor Charles Bingley purchases an estate in the Bennets' small town, he and the beautiful Jane immediately fall in love. But Bingley's arrogant friend Darcy just as quickly alienates Lizzy when she overhears him speaking dismissively of her.

After you've read Pride and Prejudice, the first place to start is to read all of Jane Austen’s novels. Then, check out these modern titles that have been influenced by Austen's romantic tale of manners.

Pride and Prejudice has produced numerous adaptations. Some of the notable film versions include that of 1940, starring Greer Garson and Laurence Olivier (based in part on Helen Jerome's 1936 stage adaptation) and that of 2005, starring Keira Knightley and Matthew Macfadyen. Notable television versions include two by the BBC: a 1980 version starring Elizabeth Garvie and David Rintoul and the popular 1995 version, starring Jennifer Ehle and Colin Firth.

View more suggestions for modern retellings of Pride and Prejudice.