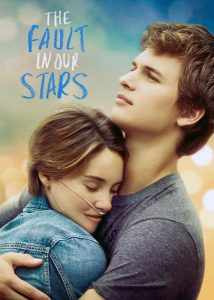 Sixteen-year-old Hazel, a stage IV thyroid cancer patient, has accepted her terminal diagnosis until a chance meeting with a boy at cancer support group forces her to reexamine her perspective on love, loss, and life.

The Fault in Our Stars

These young adult titles focus on a tough subject: terminal illness. But through acts of friendship and love, the end isn't so bleak.

View more suggestions for The Fault in Our Stars.