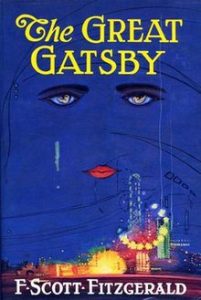 Jay Gatsby had once loved beautiful, spoiled Daisy Buchanan, then lost her to a rich boy. Now, mysteriously wealthy, he is ready to risk everything to woo her back.

Now considered to be one of America's best-loved novels, F. Scott Fitzgerald's masterpiece has adapted numerous times into movies and television.

If you're looking for a similar title, these novels embrace the feel of the Roaring Twenties, and some even, the search for the American Dream.

In Fitzgerald's second book, Harvard-educated aesthete Anthony Patch and his willful wife, Gloria, is propelled by Fitzgerald's intense romantic imagination and demonstrates an increased technical and emotional maturity. The Beautiful and Damned is at once a gripping morality tale, a rueful meditation on love, marriage, and money, and an acute social document.

This reimagining of the "Twelve Dancing Princesses" traces the story of a family of flappers who work in a 1920s speakeasy until their suspicious father decides to marry them off, prompting a confrontation with a bootlegger from the eldest sister's past.

London, 1927. Diamond Sharp writes a racy newspaper column, using a fake name to conceal her identity. When she meets two charismatic American men who are bitter enemies, her life is turned upside down. She is drawn to both of them but isn't sure whom she can trust. As she becomes increasingly involved with both, Diamond begins to uncover a nest of secrets that puts both her heart and her reputation at risk.

Meeting through mutual friends in Chicago, Hadley is intrigued by brash "beautiful boy" Ernest Hemingway, and after a brief courtship and small wedding, they take off for Paris, where Hadley makes a convincing transformation from an overprotected child to a game and brave young woman who puts up with impoverished living conditions and shattering loneliness to prop up her husband's career.

A tale inspired by the marriage of F. Scott and Zelda Fitzgerald follows their union in defiance of her father's opposition and her abandonment of the provincial finery of her upbringing in favor of a scandalous flapper identity that gains her entry into the literary party scenes of New York, Paris and the French Riviera.

A tale based on the real-life inspirations for Fitzgerald's "Tender Is the Night", finds expats Sara and Gerald Murphy sharing freewheeling days, hosting parties and hiding heartbreaking secrets in the 1920s French Riviera.