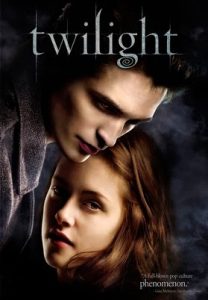 When seventeen-year-old Bella leaves Phoenix to live with her father in Forks, Washington, she meets an exquisitely handsome boy at school for whom she feels an overwhelming attraction and who she comes to realize is not wholly human.

Twilight is a 2008 American romantic fantasy film. Directed by Catherine Hardwicke, the film stars Kristen Stewart and Robert Pattinson. It is the first film in The Twilight Saga film series.

If you enjoy the romance and supernatural elements of the Twilight saga, check out these other titles as well.