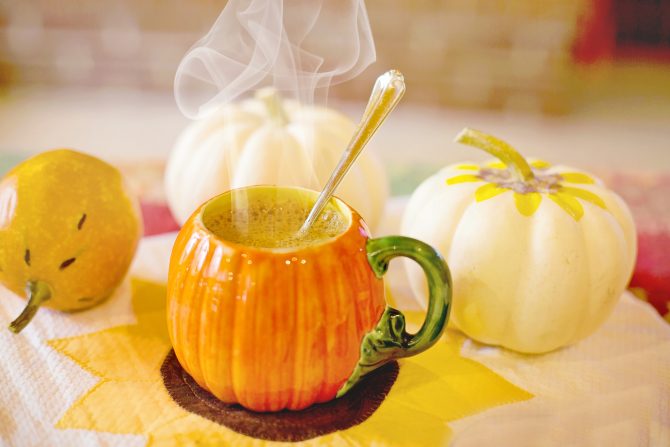 With the turning of the leaves, coffee fans enthusiastically consume fall drinks, specifically Pumpkin Spice Lattes (which comes with a fan-made acronym: PSLs). This may not matter to some who might be already fed up with the amount of pumpkin-spiced everything, but for those of us who love PSLs, Thanksgiving marks the unfortunate end of Pumpkin Spice Season and rings in Christmas Coffee Concoctions (though those are certainly tasty as well!).

If you want to savor the season as long as possible, why not read a pumpkin- or coffee-inspired book, or try your hand at making a latte at home?

Cozy mystery series often have a specific focus, whether it is coffee, baking, knitting, or second-hand bookstores. These books would pair perfectly with a PSL by the fire or in a café.

Once Upon A Grind

Town In A Pumpkin Bash 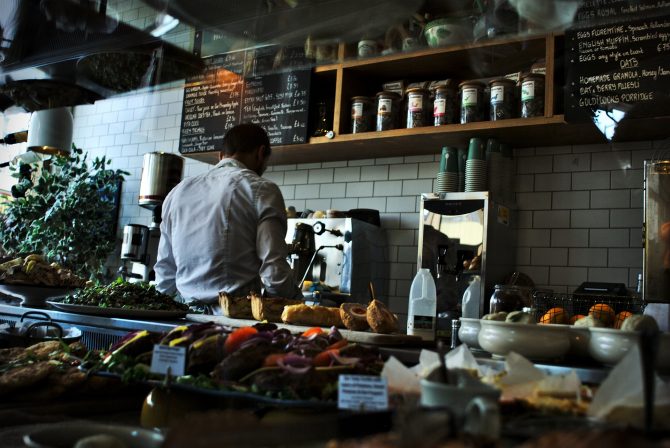 Did you know that the famed Starbucks Pumpkin Spice Latte was not even among the top finalists for their experimental fall-flavored drinks? Chocolate, caramel, and cinnamon were at the top of the list until project manager Peter Dukes pushed for a latte inspired by pumpkin pie.

While Starbucks may not have invented the idea of combining pumpkin spices and coffee, their drink catapulted pumpkin spice as a national flavor for the season. This article has the story behind the drink.

Try your hand at creating your own version of a Pumpkin Spice Latte. This first recipe is more traditional, while this second is perfect for Virginia's changeable fall weather, though it is not a latte: Pumpkin Cream Cold Brew.

For a crowd at Thanksgiving, warm and impress your guests with an entire slow cooker filled with the fall beverage.

Tea drinkers, I haven't forgotten you! Try out this recipe for a pumpkin chai lattes or this one.

If you would like to try to expand your coffee obsession, these cookbooks have some helpful tips and recipes to try:

The Art and Craft of Coffee