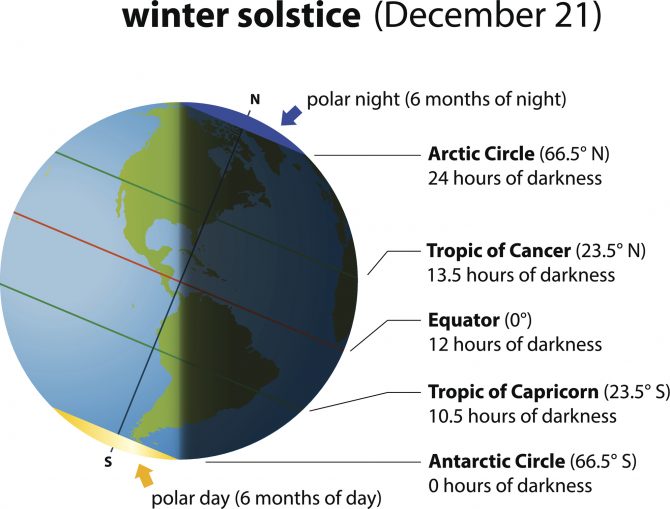 The winter solstice takes place on the shortest day - and longest night - of the year. In 2021, the winter solstice will happen at 10:58 a.m. on Tuesday, December 21, in the Washington D.C. area. This site, opens a new window will help you find the exact day and time of the winter solstice in your area, as well as the particulars for the summer solstice and the fall and spring equinoxes.

The solstice itself refers to a particular point in time on that day, but most people celebrate the solstice (also known as midwinter) as an all-day (or all-night) occasion.

As the dark night of winter gives way to future summer, check out these books for stories of the season, crafts to try, and information about our wintry world.

The shortest day in the year has been observed and celebrated for millennia. Whether you are interested in its scientific or cultural aspects, you'll likely find much to discover here. You will also discover ways to make the most of the season. Cold or not, you can still camp and garden and make your world beautiful.