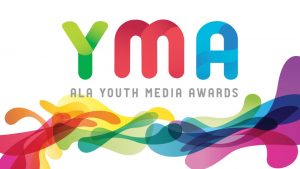 The Association for Library Service to Children (ALSC) announced the 2021 Youth Media Awards on January 25, 2021, at the American Library Association's Midwinter Meeting. Read about the winning books below.

Would you make a deal with a magical tiger? When You Trap A Tiger, by Tae Keller, brings Korean folklore to life as a girl goes on a quest to unlock the power of stories and save her grandmother.

When Lily and her family move in with her sick grandmother, a magical tiger straight out of her halmoni's (grandmother's) Korean folktales arrives, prompting Lily to unravel a secret family history. Long, long ago, Halmoni stole something from the tigers. Now they want it back. And when one of the tigers approaches Lily with a deal - return what her grandmother stole in exchange for Halmoni's health - Lily is tempted to agree. But deals with tigers are never what they seem! With the help of her sister and her new friend Ricky, Lily must find her voice... and the courage to face a tiger.

See current and past Newbery Medal winners and honorees available at CRRL here.

The Caldecott Medal was named in honor of 19th-century English illustrator Randolph Caldecott. It is awarded to the artist of the most distinguished American picture book for children.

Inspired by the many Indigenous-led movements across North America, We Are Water Protectors, by Carole Lindstrom, issues an urgent rallying cry to safeguard the Earth’s water from harm and corruption.

Water is the first medicine. It affects and connects us all.

When a black snake threatens to destroy the Earth and poison her people’s water, one young water protector takes a stand to defend Earth’s most sacred resource.

See current and past Caldecott Medal winners and honorees available at CRRL here.

The Theodor Seuss Geisel Award, established in 2004, is given annually to the author(s) and illustrator(s) of the most distinguished contribution for children published in the previous year.

Move over, Spot. Spoofing classic primers, Max the Dog talks back to the book in a twist that will have fans of funny early readers howling in See the Cat: Three Stories About a Dog, by David Larochelle.

See Max. Max is not a cat - Max is a dog. But, much to Max’s dismay, the book keeps instructing readers to “see the cat.” How can Max get through to the book that he is a DOG? In a trio of stories for beginning readers, author David LaRochelle introduces the excitable Max, who lets the book know in irresistibly emphatic dialogue that the text is not to his liking.

Designed to commemorate the life and works of Dr. Martin Luther King, Jr. and to honor Mrs. Coretta Scott King for her courage and determination to continue the work for peace, the Coretta Scott King Book awards annually recognize outstanding books for young adults and children by African American authors and illustrators that reflect the African American experience.

Jacqueline Woodson's stirring novel-in-verse Before the Ever After explores how a family moves forward when their glory days have passed and the cost of professional sports on Black bodies.

For as long as ZJ can remember, his dad has been everyone's hero. As a charming, talented pro football star, he's as beloved to the neighborhood kids he plays with as he is to his millions of adoring sports fans. But lately, life at ZJ's house is anything but charming.

His dad is having trouble remembering things and seems to be angry all the time. ZJ's mom explains it's because of all the head injuries his dad sustained during his career. ZJ can understand that - but it doesn't make the sting any less real when his own father forgets his name.

As ZJ contemplates his new reality, he has to figure out how to hold on tight to family traditions and recollections of the glory days, all the while wondering what their past amounts to if his father can't remember it. And most importantly, can those happy feelings ever be reclaimed when they are all so busy aching for the past?

Aretha Franklin was born to sing. The daughter of a pastor and a gospel singer, her musical talent was clear from the earliest days in her father’s Detroit church where her soaring voice spanned more than three octaves.

Her string of hit songs earned her the title “the Queen of Soul,” multiple Grammy Awards, and a place in the Rock & Roll Hall of Fame. But Aretha didn’t just raise her voice in song, she also spoke out against injustice and fought for civil rights.

The Michael L. Printz Award for Excellence in Young Literature

The Michael L. Printz Award is given to the author of a book that exemplifies literary excellence in young adult literature.

At the front of a middle school classroom in Oklahoma, a boy named Khosrou (whom everyone calls "Daniel") stands, trying to tell a story in Everything Sad Is Untrue, by Daniel Nayeri.

But no one believes a word he says. To them, he is a dark-skinned, hairy-armed boy with a big butt whose lunch smells funny; who makes things up and talks about poop too much.

Khosrou's stories, stretching back years and decades and centuries, are beautiful - and terrifying - from the moment his family fled Iran in the middle of the night with the secret police moments behind them, back to the sad, cement refugee camps of Italy, and further back to the fields near the river Aras, where rain-soaked flowers bled red like the yolk of sunset burst over everything, and further back still to the jasmine-scented city of Isfahan.

We bounce between a school bus of kids armed with paper clip missiles and spitballs to the heroines and heroes of Khosrou's family's past, who ate pastries that made people weep and cry "Akh, Tamar!" and touched carpets woven with precious gems.

Like Scheherazade in a hostile classroom, Daniel weaves a tale to save his own life: to stake his claim to the truth. And it is a true story. It is Daniel's.

See current and past Printz Award winners and honorees available at CRRL here.

The Pura Belpré awards, established in 1996, are presented to Latino/Latina writers and illustrators whose work best portrays, affirms, and celebrates the Latino cultural experience in an outstanding work of literature for children and youth. They are co-sponsored by the National Association to Promote Library and Information Services to Latinos and the Spanish-Speaking (REFORMA).

In Efrén Divided, by Ernesto Cisneros, Efrén Nava’s Amá is his Superwoman - or Soperwoman, named after the delicious Mexican sopes his mother often prepares. Both Amá and Apá work hard all day to provide for the family, making sure Efrén and his younger siblings Max and Mía feel safe and loved.

But Efrén worries about his parents; although he’s American-born, his parents are undocumented. His worst nightmare comes true one day when Amá doesn’t return from work and is deported across the border to Tijuana, México.

Now more than ever, Efrén must channel his inner Soperboy to help take care of and try to reunite his family.

A glossary of Spanish words is included in the back of the book.

Little Lobo shares his love of food and wrestling in ¡Vamos! Let's Go Eat, by Raúl the Third.

Little Lobo is excited to take in a show with wrestling star El Toro in his bustling border town. After getting lunch orders from The Bull and his friends to help prepare for the event, Little Lobo takes readers on a tour of food trucks that sell his favorite foods, such as quesadillas with red peppers and Mexican-Korean tacos. Peppered with an easy-to-remember Latin-American Spanish vocabulary, this glorious celebration of food is sure to leave every reader hungry for lunch!

The Sibert Award honors the most distinguished informational book published in English in the preceding year for its significant contribution to children’s literature.

Take to the sky with Apis, one honeybee, as she embarks on her journey through life in Honeybee: The Busy Life of Apis Mellifera, by Candace Fleming.

A tiny honeybee emerges through the wax cap of her cell. Driven to protect and take care of her hive, she cleans the nursery and feeds the larvae and the queen. But is she strong enough to fly? Not yet!

Apis builds a wax comb to store honey and transfers pollen from other bees into the storage. She defends the hive from invaders. And finally, she begins her new life as an adventurer.

The confining walls of the hive fall away as Apis takes to the air, and finally free, in a brilliant double-gatefold illustration where the clear blue sky is full of promise - and the wings of dozens of honeybees, heading out in search of nectar to bring back to the hive.

The Mike Morgan & Larry Romans Children’s & Young Adult Literature Award is given to children’s and young adult books of exceptional merit relating to the gay, lesbian, bisexual, and transgender experience.

We Are Little Feminists: Families*, written by Archaa Shrivastav, features photos of real families with poems to build vocabulary & connection.

Presented annually in the U.S. by the Young Adult Library Services Association to authors of 10 adult books that have special appeal to young adults.