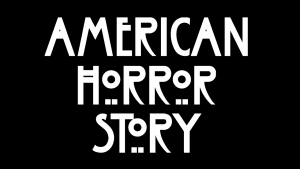 FX's hit television show American Horror Story is a popular anthology series that has been in production season after season since October 2011. Creators Ryan Murphy and Brad Falchuk often use the same actors throughout the series, including Evan Peters (seasons 1-8), Sarah Paulson (seasons 1-8), Emma Roberts (seasons 3-4 & 7-9), Kathy Bates (seasons 3-6 & 8), Angela Bassett (seasons 3-6 & 8), and Jessica Lange (seasons 1-4 & 8). Each season has a different theme and revolves around supernatural and modern-day horrors.

If you're looking for a book companion to any of the seasons of American Horror Story, check out the suggestions below. Haven't seen all the seasons? Click on each season's title to check them out. We have all but the last season Apocolypse, which has not been released to DVD/digital format yet. 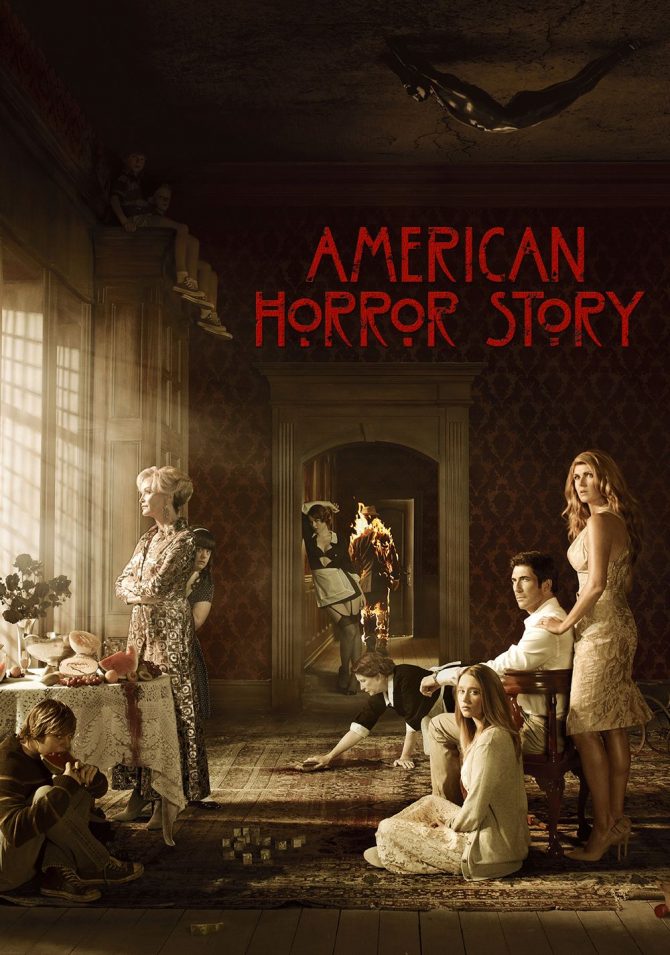 Dr. Ben Harmon (Dylan McDermott), his wife Vivien (Connie Britton), and their teenage daughter Violet (Taissa Farmiga) move from Boston to Los Angeles after Vivien's miscarriage and Ben's affair with a student. The restored historical mansion they acquire seems too good to be true - but they're unaware that the house is haunted by former violent residents. . . and their victims.

If you enjoyed Murder House, go with Rosemary's Baby, by Ira Levin.

Rosemary Woodhouse and her husband Guy move into The Bramford, an old New York City apartment building with an ominous reputation and mostly elderly residents. The neighbors sure are nosy, and, despite Rosemary's reservations about their eccentricity and the weird noises that she keeps hearing, her husband enjoys their company. Shortly after, Guy lands a Broadway role, and Rosemary becomes pregnant. As she becomes increasingly isolated and sick, she begins to suspect that the neighbors are not what they seem, and something sinister lurks beneath their neighborliness. 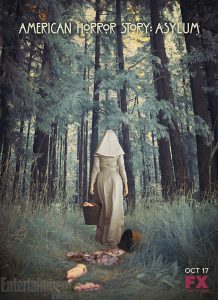 It's 1964, and the infamous, church-run Briarcliff Manor teeming with residents. The bustling mental institution has plenty of disturbed patients - and staff members. But a darker mystery lies in wait for everyone in the form of the Devil himself.

If you enjoyed Asylum, go with The Devil Aspect: The Strange Truth Behind the Occurrences at Hrad Orlů Asylum for the Criminally Insane, by Craig Russell.

Young psychiatrist Viktor Kosárek accepts a position at Hrad Orlů, an ancient castle that houses the Devil's Six, Prague's worst criminals. Kosárek uses sedatives to understand their innermost motivations for their horrible crimes, which he has dubbed the "Devil Aspect." Meanwhile, the Prague police force is desperate to catch a killer known as Leather Apron, who has been murdering women sex workers in ways that mimic Jack the Ripper's methods. 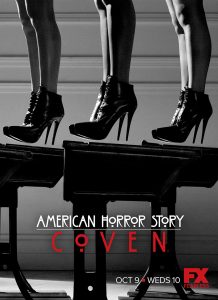 Over 300 years have passed since the Salem Witch Trials, and those who have managed to escape are facing mass extinction. As attacks escalate against witches, young girls are sent away to a special school in New Orleans run by Cordelia Goode (Sarah Paulson) to learn how to protect themselves. Finding herself wrapped up in the chaos, new arrival Zoe Benson (Taissa Farmiga) harbors a terrifying power and meets others with secrets of their own.

If you enjoyed Coven, go with The Thirteen by Susie Moloney.

Paula Wittmore left her hometown of Haven Woods when she was 16. Now 28, she returns with her 12-year-old daughter Rowan to take care of her sick mother Audra Wittmore. But Haven Woods is not as idyllic as it seems; the contemporary suburbia is inhabited by witches, and Paula's mother is one of them. The bond of the coven is weakening after a member's firey death, and now they believe Paula needs to become the 13th member to seal the deal with their dark master. 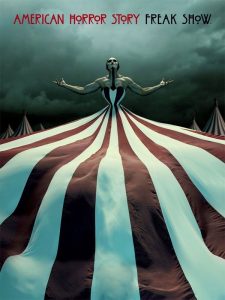 In 1952, a troupe of human curiosities led by Elsa Mars (Jessica Lange) arrives in Jupiter, Florida. Unfortunately, the troupe arrives at the same time that unusual occurrences begin, including Twisty the Clown's (John Carroll Lynch) appearance. Twisty is a kidnapper and serial killer who believes he needs to "save" kids. A mysteries entity with two faces also comes on the scene who is determined to get revenge. (Wes Bentley).

If you enjoyed Freakshow, go with The Illustrated Man, by Ray Bradbury.

This classic Bradbury collection of tales is animated by 18 visions of humankind's destiny, painted on a human canvas. The images, sounds, and scents that come to life through the vagabond's tattoos that come to life after darkness falls. Stories include "The Veldt," one of Bradbury's most popular short stories involving children's obsession; "The Long Rain," "The Rocket Man," and more. 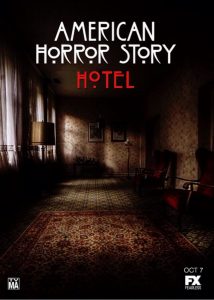 The Hotel Cortez is a six-story, Art-deco hotel in Los Angeles with a turbulent history. The hotel's owner is Elizabeth Johnson or "The Countess" (Lady Gaga) a glamorous would-be-actress who has been infected by a vampire-like virus. But The Countess' past is coming back to haunt her. Ex-lover and fellow vampire Ramona Royale (Angela Bassett) is bent on revenge and LA homicide detective John Lowe (Wes Bentley) is hot on her trail.

If you enjoyed Hotel, go with The Shining, by Stephen King.

Welcome to another deranged and haunted hotel: The Overlook. Jack Torrance has accepted a new job as the off-season caretaker of the grand hotel nestled into the Colorado mountains. He thinks it'll give him plenty of time to reconnect with his wife Wendy and his troubled (and clairvoyant) son Danny, as well as work on his writing. But, as the harsh winter and sense of isolation settle in, the hotel "guests" of long ago turn their sinister thoughts onto Jack, creating serious danger for the family. 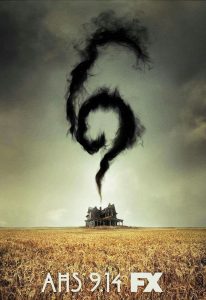 Shelby and Matt Miller (Lily Rabe and André Holland) win in an auction a beautiful but rundown 18th-century farmhouse in the middle of a North Carolina forest. Unbeknownst to the Millers, the building is in close proximity to the site of the historical and mysterious Roanoke Lost Colony. Through a successful television documentary entitled, My Roanoke Nightmare, My Roanoke Nightmare, it is revealed that Shelby and Matt had a horrifying paranormal experience. In the present day, they return to the Roanoke house in a final showdown with the entities.

If you enjoyed Roanoke, go with A Head Full of Ghosts, by Paul Tremblay.

Fourteen-year-old Marjorie Barrett suddenly begins displaying symptoms of schizophrenia - or is it satanic possession? Her erratic behavior affects her whole family in different ways: her mother tries the scientific route, seeking professional medical help; while her father turns to the Catholic Church; and her younger sister Merry just wanted Marjorie to be normal again. Broke and desperate for answers, the Barretts agree to allow a TV crew to film them for a new reality show, ending in a live exorcism. But things go very, very badly. 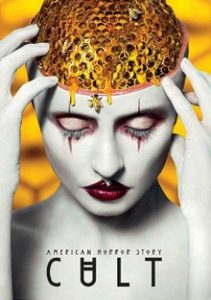 In the fictional city of Brookfield Heights, Michigan, a community is left divided by the 2016 U.S. presidential election. A dangerous cult leader Kai Anderson (Evan Peters) decides that using fear as a weapon will establish his twisted goals.

If you enjoyed Cult, go with Member of the Family: My Story of Charles Manson, Life Inside His Cult, and the Darkness That Ended the Sixties by Dianne Lake.

Dianne Lake's hippie parents gave her full authority over her own choices at the age of 14. They were devoted to their own 1960s communal lifestyle and turned a blind eye to Dianne's troubling experiments with free love and drugs. These circumstances made her perfect for Charles "Charlie" Manson, who quickly gathered her into his "Family," where she remained until she was 17. She served as a witness for the prosecution in Manson's later trial and was adopted by the police officer who rescued her. Dianne Lake's story of bravery gives an insight into the workings of the infamous Manson Family. 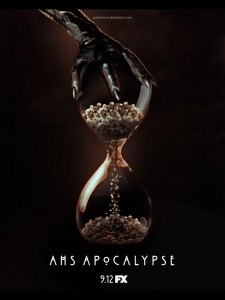 After the nuclear apocalypse, the world's chosen elite survivors have been placed into secret underground outposts created by the mysterious Cooperative. The arrival of Michael Langdon (Cody Fern), a Cooperative Representative, throws the survivors' world into chaos. The only hope for humanity is the powerful Supreme Witch Cordelia Goode (Sarah Paulson) and her coven. This is a crossover season between season 1 (Murder House) and season 3 (Coven).

If you enjoyed Apocalypse, go with Baby Teeth, by Zoje Stage.

Suzette Jensen brought Hanna into the world and was proud to be starting a family with her husband Alex. But Hannah is a difficult child. She's seven years old and has yet to say a word, despite being able to read and write she refuses to behave in class, forcing Suzette to homeschool her. Hanna constantly acts out in anger, becoming more aggressive by the day. The only time she seems to be happy is with her father. Suzette fears there's something inside her little girl that isn't right. As Hanna's acts threaten to pull her and Alex apart, Suzette begins to fear that her life, too, may be in danger. 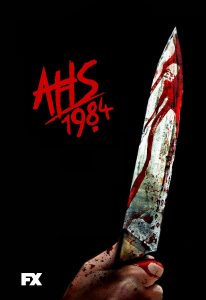 Not much is known about the upcoming ninth season of American Horror Story. The season has been heavily influenced by 1980s classic horror slasher films such as Halloween and Friday the 13th. It will star regulars such as Emma Roberts, Sarah Paulson, and Cody Fern. This is the first season where Evan Peters will not be in the show.

If you're looking forward to the new season, try reading Riley Sager's Final Girls, too.

Quincy Carpenter is the lone survivor of a massacre at a cabin in the Pennsylvania woods. She's been labeled by the press as a "Final Girl" like Lisa and Samantha, who also endured their own horrors. Ten years later, Quincy has moved on, living in New York City, running a popular baking blog, and taking lots and lots of Xanax. But when Lisa is found dead of a suspicious suicide, Quincy's nightmares begin again.