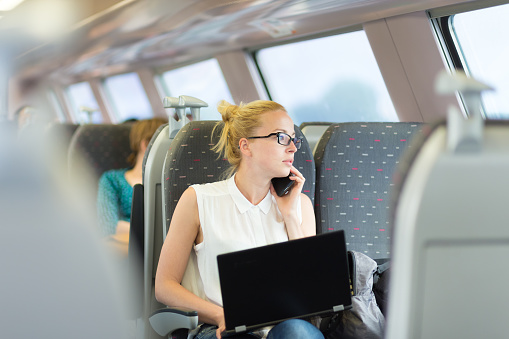 Washington D.C.
capitol of the free world
and of potholes too
- From Honku: The Zen Antidote to Road Rage by Aaron Naparstek.

Well before dawn breaks over the I-95, the race begins. A quick shower, a quicker breakfast, warming the engine, and settling into the chilly seat. Our commuters know the routine. The engine turns over; the heat comes on; and the open road awaits - at least until that almost inevitable bottleneck.

Day in, day out, week after week, the race continues for thousands of area workers. Washington dangles a carrot of higher salaries, more impressive jobs, and better benefits to workers who are willing to make the trek. The early mornings are just the start of it. By the time they come home in the darkness, they may easily have spent 12 hours away. Too late for a relaxing time before dinner, but still making themselves available to help their kids with homework, typical commuters work hard for their families and, by the end of the day, can feel the burn of exhaustion and subsiding dislocation as they drift off to sleep. In fact, according to a report from WTOP, our area has the second-longest commute, from a time perspective, in the nation.

All this rather begs the question, is it worth it? For the young ones who are fresh out of college with no commitments, it's not necessarily a bad deal, although it can be an unexpected, icy drenching of real-world splatter.

Clearly, determined commuters do think it's a worthwhile venture. Housing prices in our area aren't getting any cheaper. Neither are the costs of college tuition. Those who are fortunate enough to find jobs that meet their needs and wants locally are truly blessed. For everyone else who kisses a sleepy-eyed spouse and fills a thermos with coffee in the wee hours, this guide provides some options to consider for making that commute a bit easier to take.

Yes, it's possible to drive on your lonesome, but bumper to bumper traffic can kill any car, and the time spent sitting in traffic is a huge waste. Though if you must, consider adding one of our audiobooks to your commute. But carpooling is a faster option, and you can bring the audiobooks, along with your headphones.

If a carpool doesn't naturally present itself at work (look for bulletin boards of ride seekers and drivers), see the Virginia Department of Transportation's RideShare page or GWRideConnect, its local affiliate.

If the idea of a fixed carpool schedule doesn't work for you, consider taking a commercial bus that leaves our area from the commuter lots in Spotsylvania and Stafford. These companies usually run multiple buses, so if you miss one, you may be able to make the next. Tickets are often sold by the week or the month.

Vanpools are another option. Instead of traveling in close proximity with 50 people, you will be with fewer than a dozen. Or, you may consider slugging it. A slug is a person who joins an "instant carpool" at a commuter lot. People who want to drive on 95 in their own cars—but who don't want to be stuck in the regular traffic lanes—go to the "slug line," displaying a card with their destination. Total strangers bound for the same place hop aboard, first come, first served. This is the most economical way of getting to work as no money changes hands. For the trouble of picking up the extra passengers, the driver receives the benefit of vrooming along in the HOV lanes. Click here for more information about how slugging works and proper slug etiquette. Bear in mind that there is an element of risk to slugging as you will probably not know your driver, but because it is such a popular form of transport, it bears mentioning here.

I-95 has express lanes for E-ZPass holders that currently terminate in Stafford County and also carry HOV-3 traffic for free for drivers with an E-ZPass. These are slated to extend closer to Fredericksburg in 2022.

The Virginia Railway Express (VRE) is a lifesaver to those who live considerably closer to a train station than a commuter lot. Certainly, the train is more spacious than a bus. There's room to stretch out, get some work done, read, or nod off for a relatively quiet hour or so. This may be one of the pricier ways to get to the office, but, for many, the simplicity and peace of mind are worth it. The train may not stop close to where you need to be, however, so consider that the quiet time may be offset be a brisk hike through downtown or the pressure to catch the Metro or a Metrobus to complete your commute. If you decide that the train is for you, the VRE does offer a New Riders page which gives much information on schedules and ticket prices for first-timers, as well as a list of On-Board Policies for the train. For example, you can bring your collapsible bike along, have food and (non-alcoholic) beverages, but smoking is a definite no on all of the trains.

I'd Like to Use Mass Transit, But What If Something Goes Wrong?!

Parents or part-time caregivers to the elderly may be especially concerned that the day will come when they simply must go home unexpectedly in the middle of the day to tend to a sick relation. The Guaranteed Ride Home Program (GRH) may be the solution. The program will make sure that you can get where you need to be in the case of an unanticipated emergency. People who use mass transit, such as the VRE, the bus lines, as well as those who bike, walk, or rideshare, can sign up in advance for a guaranteed ride home should they need one.

Which One Is Right for Me?

When choosing your commuting option, of course, you should consider the practical and emotional realities of your situation. If you know that things might suddenly come up to throw off your daily schedule by several minutes, a bus line or train that makes multiple runs in a morning will be a better bet than something more tightly scheduled, such as a small carpool. Your personality will also determine the best fit for a commute. The established etiquette of "slugging" calls for no chatting with the drivers unless they initiate it, but, in a vanpool, continuous, pleasant conversation may be an expected part of the deal.

Many employers in the DC area provide their staff with a benefit called SmartBenefits. Money is credited for workers to use on more than 100 area bus and vanpool commuting services.

Are you the sort of person who enjoys being in charge? Consider creating your own vanpool with the help of Virginia's RideShare organization. The VanStart program gives money to beginning vanpools, subsidizing seats until they achieve full ridership. Their VanSave program gives emergency monies to vanpools that have unexpectedly lost riders. See RideShare's vanpool page for more information on the costs and savings of do-it-yourself vanpools.

There's no question that the long hours on the road or the rails lead to a unique combination of stress and boredom. Consider picking up audiobooks, either downloaded to your device or checked out on CD, to pass the time. Central Rappahannock Regional Library has hundreds if not thousands of excellent choices for a more enjoyable commute. Listen to a bestseller, brush up on a foreign language, cruise with classic literature, or try a biography, motivational, or business book. If you're not in the driver's seat, you can use your electronic device to stream films through our Kanopy service, read magazines and books online, or learn on the go with virtual classes and study guides.