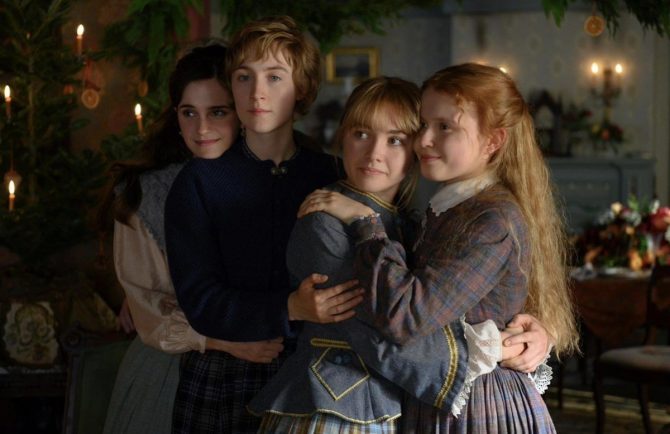 by Louisa May Alcott
This classic novel follows the lives of four sisters - Meg, Jo, Beth, and Amy March - detailing their passage from childhood to womanhood.

Little Women is an upcoming coming-of-age period drama film written and directed by Greta Gerwig. It is the eighth film adaptation of the 1868 novel of the same name by Louisa May Alcott. The film stars Saoirse Ronan, Emma Watson, Florence Pugh, Eliza Scanlen, Laura Dern, Timothée Chalamet and Meryl Streep. It will be released on December 25, 2019.

If you want an adult novel based on characters from "Little Women" or with a plot similar to Alcott's treasured tale of the March sisters, check out these suggestions.