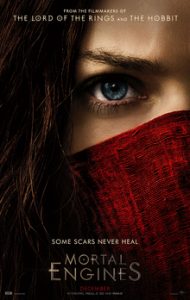 In the distant future, when cities move about and consume smaller towns, a fifteen-year-old apprentice is pushed out of London by the man he most admires and must seek answers in the perilous Out-Country, aided by one girl and the memory of another.

If you want more alternative worlds with powerful machines, check out these suggestions for the steampunk-inspired action adventure, Mortal Engines.