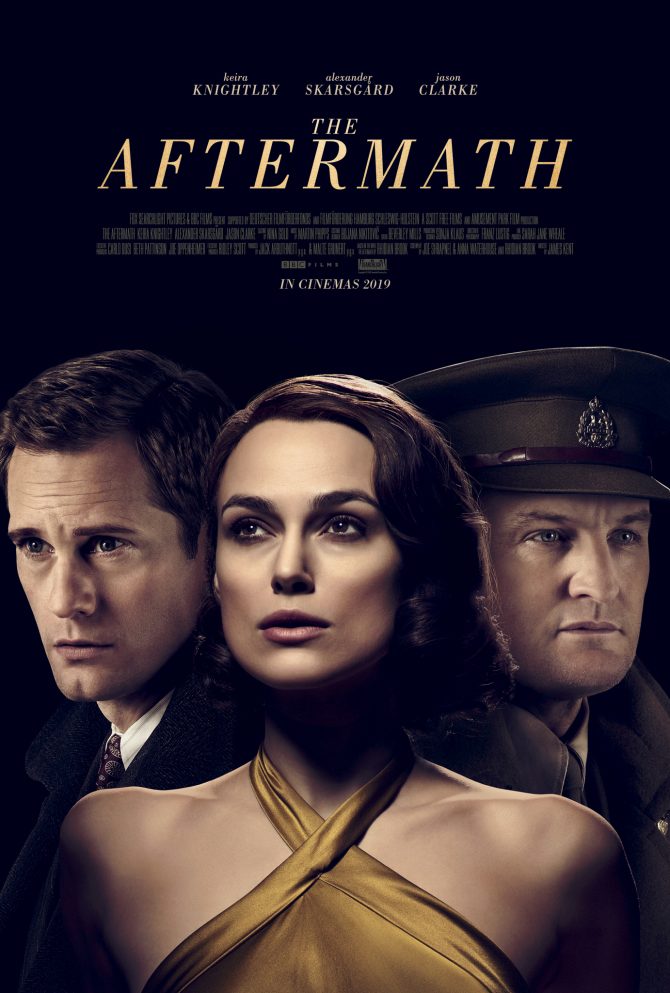 Assigned to oversee the reconstruction of Hamburg in the tumultuous year following World War II, Colonel Lewis Morgan grieves the loss of his son while living with his family in the home of a German widower, an arrangement that forces both families to confront their passions and true selves.

The Aftermath is an upcoming drama film directed by James Kent and written by Joe Shrapnel and Anna Waterhouse, based on the novel of the same name. It stars Keira Knightley, Alexander Skarsgård, Jason Clarke, and Alexander Scheer. The film will be released on March 15, 2019, by Fox Searchlight Pictures. (from Wikipedia)

View more suggestions for The Aftermath.