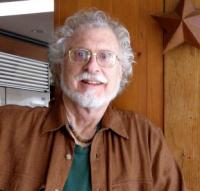 When Mercer Mayer was a young artist looking for book illustration work, a potential employer suggested he give up and throw away his portfolio.  Fortunately for the thousands of children who have enjoyed his many books, he did not give up. Indeed, he went on to create one of the first widely-published wordless books for children, A Boy, A Frog, and a Dog. That book and its successors were hugely popular.

Soon after that, Mayer tackled one of the biggest problems facing young children—how to cope with fears of the unknown. Rather than write pedantic, matter-of-fact, non-fiction children’s books, he turned the process of dealing with those fears into engaging stories from a child’s point of view: There’s a Nightmare in My Closet; There’s an Alligator under My Bed, and There’s Something in My Attic.

Early on, Mercer Mayer decided to study other classic children's illustrators, such as Arthur Rackham, to improve his technique.  He eventually received a number of assignments to do illustrations, and in time he developed his own beloved characters, Little Critter and Little Monster starred in their own series of books and were developed for beginning readers as well as the Golden Book publications which can be found in racks at major chain stores.  But just because this artist/writer is popular and widely-available doesn’t mean that critics have been terribly harsh with him:

“In both his writing and illustrating, Mayer emphasizes the unconventional; his language can be simple or sophisticated, while his illustrations run the gamut of artistic styles.”

Indeed, his style can vary quite a bit. East of the Sun, West of the Moon and Beauty and the Beast (retold by his first wife, Marianne) are full of rich, painterly detail--not cartoonish at all.  In time, he taught himself how to illustrate books with computerized drawing tools.  The first result, Shibumi and the Kitemaker, was very well-received. As a Booklist reviewer noted:

“Romantic as well as mysterious, it is an intriguing example of computer-generated artwork, which was conceived with several programs, among them, Adobe Illustrator and Painter. The small designs used on the text page are subtle and in keeping with the Japanese flavor of the story, but they have a much different feel than the large illustrations, which are highly textured and sharply etched with a black line. At times, these pictures appear almost three-dimensional, with characters seemingly ready to walk off the page and into the reader's world. At other times, they seem oddly disconnected: stairs float disconcertingly above a veranda; faces blur. Yet the whole is fascinating; slick but also quite sensitive and expressive. With this book, Mayer joins such artists as Nina Crews and Frank Asch, who have also used the computer to express personal style and story in ways that will draw kids in.“

Mercer Mayer continues to write and illustrate his stories, often with the help of his wife, Gina. This beloved and prolific author has made childhood warmer and more welcoming for generations of kids.

Meet Mercer Mayer, Part 1
http://www.vintagechildrensbooksmykidloves.com/2012/03/meet-mercer-mayer.html
A charming and recent interview with the author wherein he gives much more background information on his early days as a young artist. Includes a short film of A Boy, a Dog, and a Frog. The interview continues here.