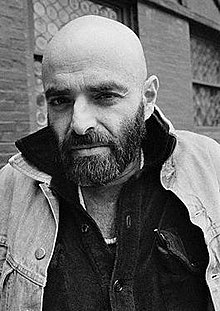 Shel Silverstein was a unique writer with many artistic talents. While generally best known for his poetry and literature for children, he was also a cartoonist, composer, lyricist, and folksinger.

He was born Sheldon Allan Silverstein on September 25, 1930, in Chicago, Illinois. Silverstein was unfamiliar with the great poetry of his time but had a desire to write at a young age. He developed his writing style and skills as a boy. He served with the U.S. military forces in Japan and Korea during the 1950s, where he also worked as a cartoonist for the military newspaper, the Pacific Stars and Stripes. After his military service, Silverstein became a cartoonist for national magazines and published some of his military cartoons in book format.

He expressed his musical talents in many ways, including Johnny Cash's hit song, "A Boy Named Sue," which Silverstein wrote, along with other folk songs. The Irish Rovers recorded his poem, "The Unicorn Song." Silverstein would go on to produce more than a dozen albums over the course of his diverse career, and Silverstein also composed music for the movies.

Silverstein began his career as a children's author in 1963 with the publication of his first book, Uncle Shelby's Story of Lafcadio, the Lion Who Shot Back. He said that he had never planned to write or draw for kids. It was his friend, Tomi Ungerer, who insisted that he consider this career path. He took him to see legendary Harper & Row editor, Ursula Nordstrom. She convinced him that he could do children's books. (Publisher’s Weekly, Feb 24, 1985 issue)

His extremely successful book, The Giving Tree (1963), impressed both children and adults in classrooms and churches, and it brought Silverstein his first widespread fame. He wanted to reach out to as many people as possible with his writing, and he hoped that people of all ages would be able to identify with his books. Shel says about The Giving Tree: "Because life, you know, has pretty sad endings. You don't have to laugh it up even if most of my stuff is humorous.” (ShelSilverstein.com)

Two of his other popular books are The Missing Piece (1976) and The Missing Piece Meets the Big O (1981). To say there is more than one interpretation of Silverstein's work is an understatement. Some believe it is simply amusing and fun; others contend that the silliness hides deeper symbolism. That symbolism has been classified by some as educational; by others as harmful to children.

He continued publishing successful children's books, along with his extremely popular children's poetry collections, many of which also contain his own illustrations. His first collection of poems, Where the Sidewalk Ends, was published in 1974. A Light in the Attic followed it in 1981. Both books were on the New York Times Bestseller List for extended periods of time, and they continue to be popular today among children and adults. He published a third collection of poems called Falling Up in 1996.

The quirky Shel Silverstein has written a number of beloved and memorable poetry books. These books are among his most popular. 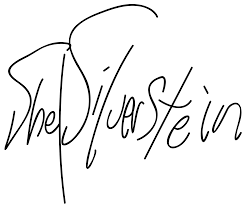 Shel Silverstein On the Web

ShelSilverstein.com: The Official Site for Kids
The official site has fun stuff for kids, ecards, biographical information, and ideas for teachers and parents.